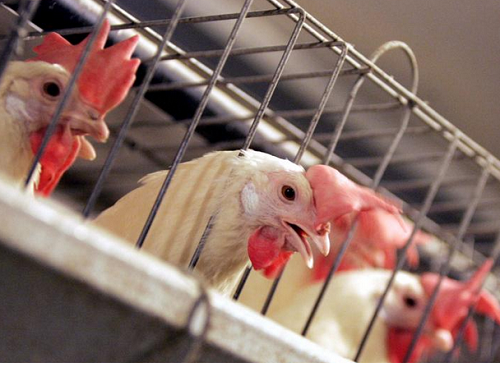 Georgia’s poultry industry looks likely to receive a meaty portion of the coming aid package from the government aimed at softening the blow from the trade war with China, according to U.S. Secretary of Agriculture Sonny Perdue.

Roughly $432 million will be dispersed to the industry by the U.S Department of Agriculture with much of that money presumably going to Georgia, the nation’s largest poultry producer.

The program — parallel to previous bailouts aimed more at Midwestern farmers — was announced last month as the trade battle with China escalated. Some details about how the money would be apportioned were issued today by Perdue, but exactly how much would come to Georgia is not clear.

Overall, the spending is meant to mitigate the impact of China’s retaliatory tariffs, said Perdue, a former Georgia governor, in a statement Friday. “Our support package ensures farmers will not stand alone in facing unjustified retaliatory tariffs while President Trump continues working to solidify better and stronger trade deals around the globe.”

As the trade imbroglio intensified this summer, the Chinese government vowed to stop buying the products of American agriculture. In response, the USDA last month announced a $16 billion package of payments to U.S. producers.

The USDA also said it would purchase $1.4 billion worth of “surplus commodities” like fruits, vegetables, beef, pork, lamb, milk and poultry — food that would be distributed to food banks and schools. According to the details released Friday, nearly a third is being earmarked for poultry, which spans chicken, turkey and eggs.

Officials at the Georgia Poultry Federation and the Stone Mountain-based USA Poultry & Egg Export Council declined comment, saying they did not have enough information about the USDA payments.

But Tom Super, senior vice president at the National Chicken Council, said the industry has been struggling with surpluses since being shut out of the China market completely in 2015 after an outbreak of avian influenza.

“We lost considerable market share,” he said. “We had $715 million in exports (of chicken) to China at the peak.”

Government payments are welcome, he said. “Every little bit helps. There is definitely a lot of chicken on the market.”

Georgia would likely receive a proportional share of the government money, Super said.

Ultimately, the chicken producers want access to China, he said. “We haven’t been able to get back into the market and the current political situation doesn’t help us to get back in.”

Georgia’s poultry industry employs thousands of workers. The state accounts for about 15% of all the chickens raised in the United States, but only a much smaller fraction of the turkeys raised, according to government data.

The most recent available statistics show the state’s chicken production is valued at about $4.42 billion — more than twice as much as cotton, peanuts and pecans combined. 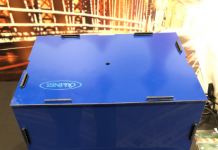 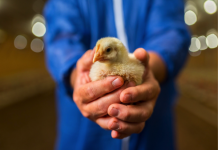 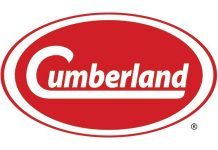 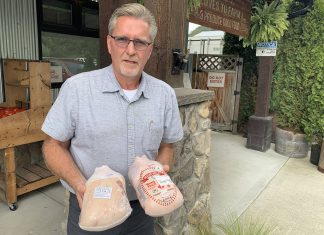 Fraser Valley poultry producer’s $130,000 fight with the CFIA earns him...

January 24, 2020
Canadian Federation of Independent Business Paperweight Awards ‘honour’ government over-regulation Anyone who runs a small business in Canada has experienced the frustration of jumping through...

Zinpro Corporation to Launch New Solutions for the Poultry Industry at...

The Devil is in the Details: MPF Announces 1st Annual Deviled...