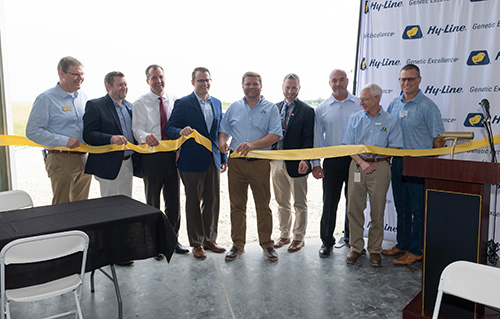 Hy-Line International, the world leader in layer poultry genetics, celebrated the completion of its newest research farm today surrounded by federal, state and local dignitaries at a ribbon cutting ceremony. Named for the visionary and company founder, Dr. Henry A. Wallace, this state-of-the-art investment located in central Iowa, USA completes another significant step in the drive for accelerated genetic progress in Hy-Line layers sent to more than 120 countries around the world.

“We have a substantial responsibility in the effort to feed a growing global population with an inexpensive and nutritious source of protein – the egg,” said Jonathan Cade, President of Hy-Line International. “The addition of the Dr. Henry A. Wallace Farm allows us continued innovation and genetic progress in Hy-Line layer genetics to accomplish this.”

“We are making significant strategic changes in the Hy-Line breeding program to accelerate the rate of genetic progress,” said Dr. Danny Lubritz, Director of Research and Development for Hy-Line International. “Egg production and eggshell quality show higher genetic variation at older ages. The pedigree birds housed on the Dr. Henry A. Wallace Farm will be evaluated for these traits, among others, to help ensure continued genetic progress in persistency and shell strength.”

Hy-Line’s team of geneticists is making the genetic engine more powerful and more efficient. The addition of the Dr. Henry A. Wallace Farm increases the population of research birds from which to identify the top performing individuals to populate the next generation. As a result of improved selection intensity, Hy-Line varieties are gaining increased egg numbers, persistency, shell strength, egg weight and feed efficiency. 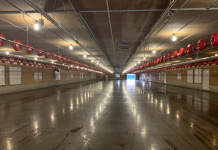 Barns all clean #iheartchickenfarmers- Twitter photo of the month 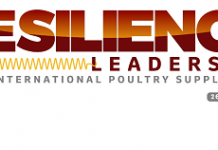