“Reopening this market for poultry products is also an important first step in expanding the Chinese market for U.S. pet food,” said Constance Cullman, AFIA’s president and CEO. “This ban was first put in place in 2015 when pet food was already subject to a Chinese restriction on ruminant ingredients. This left few options in the way of animal-origin ingredients in pet food destined for China. As a result, exports of U.S. pet food to China dropped from an already meager $8.3 million to $1.4 million within the first year.”

Although AFIA is encouraged by this news, the industry is eager for further progress on remaining barriers that plague U.S. animal food manufacturers from accessing this important market

Founded in 1909, the American Feed Industry Association (AFIA), based in Arlington, Va., is the world’s largest organization devoted exclusively to representing the business, legislative and regulatory interests of the U.S. animal food industry and its suppliers. The organization’s membership is comprised of more than 680 domestic and international companies that represent the total feed industry-manufacturers of commercial and integrated feed and pet food, ingredient suppliers, pharmaceutical companies, industry support and equipment manufacturers. AFIA members manufacture more than 75 percent of the feed and 70 percent of the non-grain ingredients used in the country. AFIA is also recognized as the leader on international industry developments, and holds membership in the International Feed Industry Federation (IFIF). 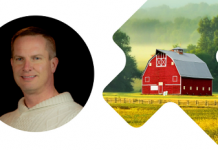