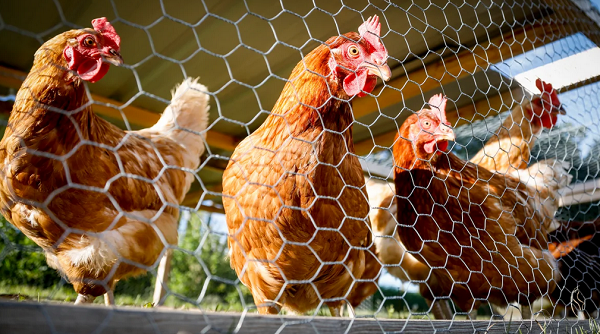 Two cases of the highly pathogenic Avian Influenza (HPAI) have been confirmed in Saskatchewan poultry flocks.

According to the Canadian Food Inspection Agency (CFIA), HPAI has recently been confirmed in a Saskatchewan backyard flock and a commercial poultry flock.

Each of the infected premises have been placed under quarantine. The CFIA says they have begun an investigation and will be establishing movement control measures on other farms within that area.

The Saskatchewan government says they will continue to work with the poultry industry and the CFIA to lead the disease response against bird flu.

“This virus has been circulating through Canada here now over the past month in various provinces,” said Dr. Stephanie Smith, Saskatchewan’s Chief Veterinary Officer. “We’re fortunate so far to only have two detections…but we are on high alert to watch for any subsequent concerns.”

On Apr. 14, Smith put in place an animal health control area order until May 14 to limit the co-mingling of poultry. The order prohibits the movement to and participation of birds in shows, auctions and agricultural fairs, as well as any other events where birds would be brought together from multiple locations.

Smith says the government will be monitoring the situation to determine whether the order needs to be extended.

“We’re going to be looking at information from disease surveillance, looking at cases across the province to determine whether we still have high risk for virus or whether we can cancel the order,” Smith said. “We’ll be assessing as we go into the coming months here to see whether we need to expand.”

The province says biosecurity is the best tool for poultry producers and small flock owners to protect their birds from bird flu. Biosecurity protocols include keeping wild birds away from poultry flocks and their food and water, limiting visitors, monitoring bird health and using barn specific clothing and footwear when entering barns. Small flock owners are also encouraged to keep their birds indoors during wild bird migration if possible.

The government says there is no risk to food safety and that the risk of transmission of avian influenza to humans is low. However, they say people working with poultry who may be suspected of being infected with avian influenza should use protective clothing.

The H5N1 strain of avian flu has been seen in different cases across Canada.

The public is being advised to contact the Ministry of Environment or the Canadian Wildlife Health Cooperative if they notice birds that are sick or dead.

Saskatchewan producers and farm families are reminded the provincial Farm Stress Line can be contacted 24-hours-a-day at 1-800-667-4442.