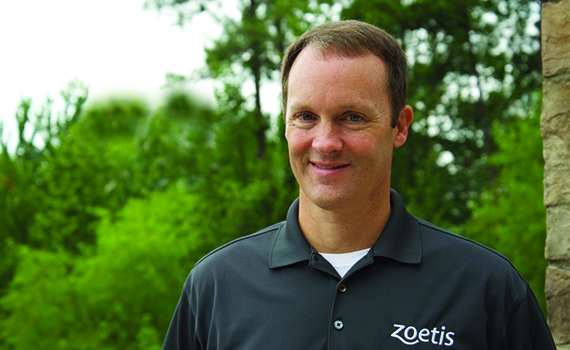 The AL-2 family of variants is the predominant strain of infectious bursal disease virus (IBDV) circulating among US broiler flocks, according to a recent survey1 — a finding that should be considered when planning IBDV vaccination programs, Kalen Cookson, DVM, MAM, director of clinical research, Zoetis, told Poultry Health Today.

In fact, one of every two isolates tested has been the AL-2 type of IBDV, based on a survey Zoetis conducted of isolates representing hundreds of commercial broiler flocks. The second and third most common types of IBDV found were T-1, followed by Group-6, Cookson said.

Compared to new type variants of the infectious bronchitis virus that tend to emerge frequently, IBDV is “relatively” more stable, but some changes have occurred since a similar survey was conducted 10 years ago, he said.

One thing that’s changed is the prevalence of Delaware-E. It used to account for about 20% of isolates recovered but in the most recent survey was found in only about 10%.

There’s also been an increase in IBDV classified as “new types.” In 2010, they made up only about 3% of isolates tested but in the recent survey accounted for 15%, Cookson reported.

“So, there’s been quite a bit of growth there at the expense of Delaware-E. And if you look at them, most…share some or at least one key mutation of Delaware-E. It’s almost as if some Delaware-E viruses further mutated, or maybe some of these other major categories of viruses acquired a unique mutation that Delaware-E has,” he speculated.

Cookson emphasized the need to make sure flocks have solid immunity against IBDV, which causes immune suppression and predisposes birds to secondary bacterial infections. Even if the immune status of broiler flocks is similar today as it was, say, 5 years ago, the “no antibiotics ever” trend changes the paradigm because the loss of antibiotics as a tool makes birds even more susceptible to secondary bacterial infections.

If 50% of field isolates are from one virus family — namely AL-2 — it’s important to consider whether the foundational immunity of the breeder program covers this major class of viruses.

“That’s No. 1. Because if you’re not going to develop a commercial program that’s going to cover against that family of viruses very well, then you’re opening yourself up to…any level of immune suppression,” he said. Couple that with the lack of antibiotics, and it’s asking too much from the bird.

Asked how producers can go about determining whether they should use a conventional or recombinant IBDV vaccine in their broiler program, Cookson said that’s a difficult question. He referred to a comparison of an immune complex vaccine and a recombinant vaccine in areas with high IBDV field pressure and where broiler flocks were getting infected by 3 weeks of age.2 “…the immune complex vaccine seemed to do a little bit more in preventing that window of infection from occurring and it also cut down on wild type virus replication,” he said.

In that situation, a live vaccine provides not only active immunity but a second mechanism of protection, which might be called competitive exclusion because a live virus infecting bursal tissue can compete with wild IBDV for receptor sites. “A recombinant wouldn’t have that mechanism at play. If it’s a later challenge, then the recombinants would work perfectly well…,” he said.

Cookson also cited challenge studies comparing the efficacy of four commercial, killed vaccines against the AL-2 family of viruses.3 Two did a reasonably good job of protecting against AL-2 and two did not, he said. The vaccines that did a good job against AL-2 also did a good job against AL-2 subtypes. If they didn’t do well against AL-2, then they didn’t tend to do so well against the subtypes. That validates the theory that these subtypes are indeed related to AL-2 and that there are differences in the commercial products regarding the cross-protection they provide against the AL-2 family of viruses, he said.

All the commercial IBDV vaccines have to have good efficacy against Delaware-E IBDV, which is still a player. Since many of the “new types” of IBDV seem to have similarities to Delaware-E, he expects that commercial vaccines will still provide some degree of cross-protection against the new-type IBDV viruses. “And if vaccines also do well against AL-2, it probably reflects that they’re more cross-protective in general against the non-Delaware types. So you’re going to cover more bases, at least with your commercial [vaccine] platform.”

Cookson recommended surveilling about once yearly to confirm that the predominant types of IBDV circulating haven’t changed or to see if they’re starting to shift. “If you’re not on commercial vaccines that give you solid cross-protection against AL-2, you’re probably starting at a disadvantage already.

“If you’re looking to diversify your program with an autogenous [vaccine], you might focus on what’s unique about your complex. I’ve always advocated if you’re going to use an autogenous to at least have an AL-2 in there to cover your most prevalent virus…,” he said. That said, if there’s solid foundational immunity with two conventional products, an autogenous vaccine may not be needed—or might be better served focusing on reovirus, for example.

Annual surveillance programs, Cookson added, should take into account not only the type of viruses but when they’re found.  If 90% are coming in after broilers are 3 weeks of age, there’s less pressure to do something other than having a solid backbone commercial program, but if 20% to 30% of flocks are getting infected before 3 weeks of age, that’s a red flag.

Early IBDV infection indicates several potential issues besides killed vaccine selection need to be addressed on the breeder side, such as whether pullets are primed adequately, whether the vaccines are being applied properly and whether hens are getting a full dose consistently. If all those issues have been addressed yet broiler flocks are still getting infected at an early age, “then that’s probably when you really need to consider supplementing the IBDV vaccination program with an autogenous vaccine,” he said.

“The [types of IBDV] that are infecting earlier are presumably the ones that are penetrating that maternal-antibody barrier you’re trying to create. And so presumably having those isolates in an autogenous would best complement what you’re already doing,” he said. 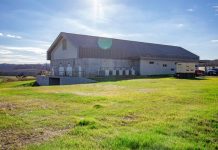 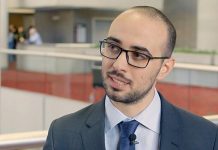