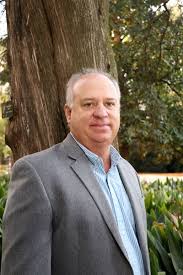 One of the most common questions among broiler producers is determining how much cooler the birds feel with various amounts of air movement.

Though there are charts that provide rough estimates, we really don’t know exact degrees of cooling and probably never will. This is because the way a bird perceives its environment thermally is extremely difficult to determine.

The concept of “hot” or “cold” is determined by a bird’s perception of its environment. In reality, hot and cold relate to the rate at which heat is being lost by a bird. A bird is always losing heat to the environment around it because its deep body temperature, approximately 106o F (41o C), is greater than house air temperature. The greater the amount of heat a bird is losing, the colder it will feel.

Obviously, temperature has a major impact on the rate of bird heat loss. The lower the air temperature, the greater the amount of heat a bird will lose to the air surrounding it — and the cooler it will feel.

Relative humidity is another major factor that affects heat loss. As much as 60% of a bird’s heat loss is through the evaporation of moisture from its respiratory system.  Every time a bird breathes it is removing heat from its body. This is true whether it is a day-old chick or a 50-week-old broiler breeder. A bird’s respiratory system is essentially a miniature evaporative cooling pad. The lower the relative humidity, the greater the amount of moisture that will evaporate from a bird’s respiratory system. The greater the amount of heat removed from a bird, the cooler it will feel.

These might be the most obvious issues that affect a bird’s perception of hot and cold, but there are other equally important factors.

So, whether 75o F (24o C), for instance, is perceived as hot to a 4-pound bird will depend to some extent on its growth rate.  A fast-growing bird, being fed a high-energy diet, may not be losing enough of the heat it is producing, possibly causing heat stress.

Conversely, a bird that is not consuming as much feed, such as a broiler breeder pullet, may feel cool at 75o F because it may be losing too much of the relatively small amount of heat it produces. This holds true for young chicks too. If a chick is consuming a lot of feed and growing quickly, the house temperature will generally need to be decreased more rapidly over the first week than for a bird that is growing slowly. This is because the fast-growing chick produces more heat and therefore requires a lower house temperature to help it feel comfortable.

Breed is another factor that can affect a bird’s perception of hot and cold. For instance, some breeds become fully feathered at a younger age than others. The lower the level of feather coverage at a given age, the greater the heat loss will be from a bird and the colder it will tend to feel.

Density can have a major influence on a bird’s perception of its thermal environment, especially toward the end of the flock.  Studies have shown that the higher the density, the lower the rate of heat loss and the warmer it will feel, regardless of house temperature (see sidebar).

For instance, a temperature of 70o  F (21o C) would be more appropriate for a 5-week-old bird that is soon to be processed than for one that is being grown to a weight of 8 or 9 pounds to be processed at 8 weeks of age. One is at maximum density in terms of pounds per square foot at 5 weeks of age, while the other is at a considerably lower density (30% to 50%) at the same age.

Bird age will also affect how easily heat is lost. A young bird’s feather coverage has a relatively low “R-value,” and therefore it will lose heat quicker than an older, fully feathered bird. Furthermore, a young bird has a higher surface area per pound of weight than an older bird, which further increases the rate at which heat is lost from a chick compared to a market-age bird.

A young chick’s rapid heat loss is the primary reason we typically start off a flock at around 90o F (32 o C) and decrease it to 65° F (18 o C) to 70o F (21o C) as the birds reach processing age. We want to help reduce the rate of heat loss of a poorly insulated chick and increase it as it gets older and has difficulty losing the heat it needs to feel comfortable.

Unfortunately, these aren’t the only factors that affect rates of heat loss: Radiant heat gain or loss from poorly insulated ceilings or curtains, level of bird activity, night versus day, bedding type and depth can all have an impact, too. To make matters more complicated, all of these factors interact. As a result, determining how a bird “feels” with any given combination of environmental or management factors would literally require thousands of studies.

Deciding the right course of action

So, what is the most accurate way to determine if a bird is comfortable?

First, start off with your primary breeder’s recommended house-temperature guidelines. Then take time to study the general relationship between the previously mentioned factors and heat loss.

As air speed increases, a bird will feel cooler. Feather coverage as well as density will affect heat loss. Make small adjustments to the recommended house temperature based on your specific situation.

Then, most importantly, take the time to sit in your houses and observe your birds. Don’t be in too much of a hurry to pick up mortalities or adjust feed and drinker lines; simply enter the house, take a 5-gallon bucket, turn it upside down and spend 10 minutes or so watching your birds.

It may be a cliche, but if you take the time to listen to your birds, they will tell you all you need to know. 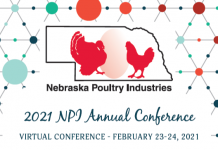 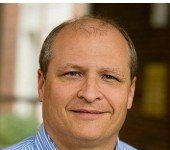