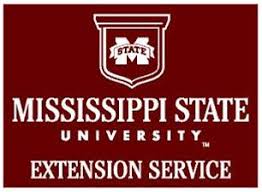 Many poultry houses today are equipped with cooling systems that consist of some arrangement of cool cell pads at one end of the house and large tunnel exhaust fans at the other end. To master operation of their evaporative cooling systems, poultry growers must have a working understanding of the relationship between temperature and humidity and the effect it has on chickens. The relationship is both simple and complicated.

The simple part is the fact that as temperature goes up, humidity goes down and vice versa. That relationship is quite linear and it works well. Consider the weather in Phoenix, Arizona, on a sunny summer afternoon. It may be 110 °F, but, as they say, “it’s a dry heat.” There is almost no moisture in the air when the temperature is that hot—often it’s less than 10 percent humidity. As a result, evaporative cooling works great in the desert.

Now consider the weather on your farm on a summer morning at sunrise. It’s around 70 °F and the humidity is at or near 100 percent. Dew formed overnight, and water is dripping off the chicken house roof. Why? The air temperature dropped overnight, and because cold air holds less moisture, the air became saturated and condensation formed on surfaces.

Evaporative cooling is practically useless under these conditions because the humidity is too high. That’s why there’s no value to running cool cells at 6 a.m. However, something similar to desert evaporative cooling happens when cool cell pads run on hot afternoons.

Download the PDF above to read the publicaiton “Evaporative Cooling Systems: How and Why They Work.” 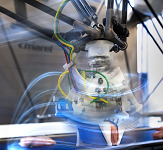 TU/e and Marel partner up in new AI lab 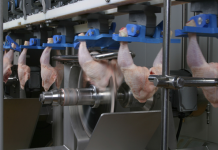 What are common ventilation mistakes for poultry? 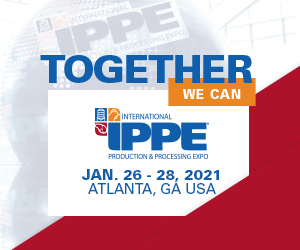