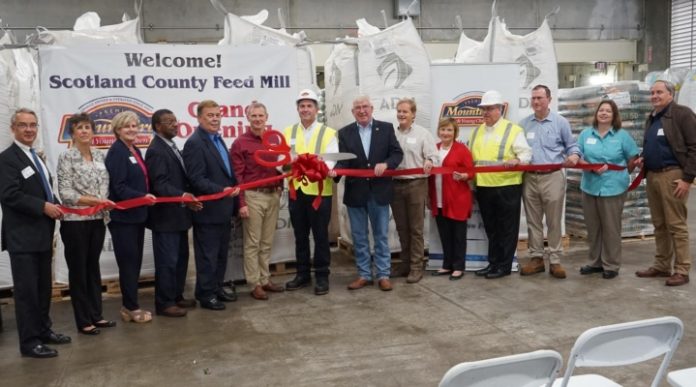 Mill can produce 18,000 tons per week of feed that gets delivered to local farmers

Mountaire Farms, the nation’s sixth largest chicken producer, held a grand opening celebration on Wednesday at the Scotland County Feed Mill, a $60 million investment the company made in North Carolina to produce more chicken feed for the growing company.

The feed mill’s location will allow the company to deliver feed faster to growers closer to their Lumber Bridge processing plant, while the company’s other feed mill, located in Candor, will now be able to serve growers who are raising chickens headed to their new processing plant in Siler City.

The mill has hired 33 employees, and 27 feed delivery drivers who deliver the feed to family farmers in the region.

“Scotland County was very helpful to us right from the beginning,” said Mountaire President Phillip Plylar. “We appreciate all the behind the scenes effort that had to happen to get to this point. This is a great day for our company as we continue to invest in our future.”

Located in an industrial park, the site also offered the potential for rail service. The company can now bring in grain by train, with an 8,014-foot loop track handling 110-plus rail car and three locomotives on the CSX main line.

The mill can produce 18,000 tons per week of feed that gets delivered to local farmers who contract with Mountaire to grow chicken. It was built for expansion, with the capacity to produce up to 27,000 tons per week, among the largest feed mills in the United States.

The site also has concrete silos to hold up to 1.18-million bushels of grain. A grain dryer is also located on site enabling the company to take even more local grain. Dozens of local farmers have been lining up at the scales each day to sell corn to Mountaire Farms since the facility first start accepting local grain this summer. More than $8.5 million has already been pumped back into the local economy from grain purchases.

“We welcome Mountaire into our community not as a company, but as a member of our family, and will work with them to continue growing their business,” said Mark Ward, Director of Economic Development for Scotland County. “Scotland County is grateful for the confidence Mountaire Farms has placed in our community with the investment of 60 jobs and $60 million dollars. From the first visit to the first load of grain unloaded we have been working together as a team.” 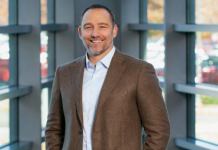 The history and future of feed processing