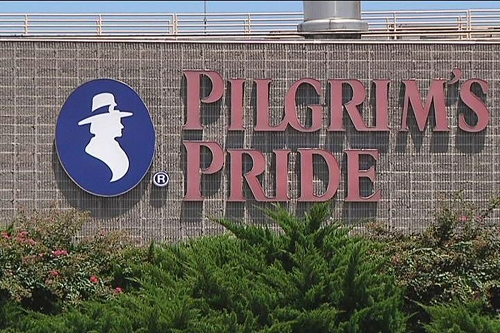 Pilgrim’s Pride Corporation (Pilgrim’s), a major broiler chicken producer based in Greeley, Colorado, has pleaded guilty and has been sentenced to pay approximately $107 million in criminal fines for its participation in a conspiracy to fix prices and rig bids for broiler chicken products, the Department of Justice announced today.

According to the plea agreement entered in the U.S. District Court in Denver, from as early as 2012 and continuing at least into 2017, Pilgrim’s participated in a conspiracy to suppress and eliminate competition for sales of broiler chicken products in the United States that affected at least $361 million in Pilgrim’s sales of broiler chicken products.

The District Court accepted Pilgrim’s guilty plea and sentenced the company to pay a criminal fine of $107,923,572.

“Today’s guilty plea demonstrates our unwavering commitment to prosecuting companies that violate the nation’s antitrust laws, especially when it involves something as central to everyday life as the food we eat,” said Richard Powers, Acting Assistant Attorney General of the Department of Justice’s Antitrust Division. “This guilty plea is a direct result of the tireless efforts of our dedicated career prosecutors and staff, and partners at the FBI, Commerce Office of Inspector General (OIG) and USDA OIG.”

“Today’s plea is another example of the FBI’s ongoing work to eliminate bid rigging and price fixing and hold those conducting these activities accountable for their actions,” said Steven M. D’Antuono, Assistant Director in Charge of the FBI Washington Field Office. “These criminal acts cheat American workers and consumers while harming competitive markets. This ongoing investigation has yielded charges against 10 individuals for their efforts to illegally manipulate broiler chicken prices, and the FBI is committed to continuing this important work alongside the Department of Justice and our partners.”

“This investigation demonstrates the government’s resolve to protect the integrity of free and open market competition,” said Peggy E. Gustafson, Inspector General of the Department of Commerce. “When competitor companies conspire to set prices that benefit themselves, American consumers are cheated. We will continue to work with our law enforcement partners to pursue such illegal activity and ensure perpetrators are held accountable. We greatly appreciate the efforts of the Department of Justice, FBI and USDA OIG on this investigation.”

“We appreciate the ongoing commitment and concerted efforts of our law enforcement partners at the Department of Justice’s Antitrust Division, the FBI, and the Department of Commerce OIG to investigate a long running scheme affecting competition through the rigging of bids and price fixing of broiler chicken products,” said Special Agent-in-Charge Bethanne M. Dinkins of the U.S. Department of Agriculture (USDA) OIG. “During these uncertain times, USDA OIG will continue to dedicate resources and prioritize work that benefits hard working Americans through competitive prices for agricultural producers and fairness in pricing and quality of agricultural products for consumers.”

A violation of the Sherman Act carries a maximum penalty of a $100 million fine for corporations. The maximum fine may be increased to twice the gain derived from the crime or twice the loss suffered by the victims of the crime, if either of those amounts is greater than the statutory maximum fine.

This case is the result of an ongoing federal antitrust investigation into price fixing, bid rigging, and other anticompetitive conduct in the broiler chicken industry, which is being conducted by the Antitrust Division with the assistance of the U.S. Department of Commerce OIG, FBI Washington Field Office, and USDA OIG. Anyone with information on price fixing, bid rigging, or other anticompetitive conduct related to the broiler chicken industry should contact the Antitrust Division’s Citizen Complaint Center at 1-888-647-3258 or visit www.justice.gov/atr/contact/newcase.html.