Anyone working with today’s fast-growing broiler chicken knows that it is a sensitive creature – and so is its gut health. Thanks to continuous improvements in terms of genetics and breeding, nutrition and feeding, as well as general management strategies, broiler production has tremendously upped performance and efficiency over the past decades. It is estimated that, between 1957 and 2005, the broiler growth rate increased by over 400%, while the feed conversion ratio dropped by 50%.

These impressive improvements, however, have come at the cost of intense pressure on the birds’ digestive system, which needs to process large quantities of feed in little time. To achieve optimal growth, a broiler’s gastrointestinal tract (GIT) needs to be in perfect health, all the time. Unsurprisingly, enteric diseases such as necrotic enteritis, which severely damages the intestinal mucosa, hamper the intestines’ capacity to absorb nutrients and induce an inflammatory immune response.

The modern broiler’s gut – a high-performing, but sensitive system

However, in a system as high performing as the modern broiler’s GIT, much less can lead to problems. From when they are day-old chicks up to slaughter, broilers go through several challenging phases during which they are more likely to show impaired gut functionality, e.g. after vaccinations or feed changes. Good management practices go a long way towards eliminating unnecessary stressors for the animals, but some challenging periods are unavoidable.

The transition from starter to grower diets is a classic situation when nutrients are very likely not to be well digested and build up in the gut, fueling the proliferation of harmful microbes. Immunosuppressive stress in combination with an immature intestinal microflora results in disturbances to the bacterial microbiota. At “best”, this entails temporarily reduce nutrient absorption, in the worst case the birds will suffer serious intestinal diseases.

Phytomolecules – the intelligent alternative to antibiotics

To safeguard performance during stressful periods, poultry producers need to anticipate them and proactively provide effective gut health support. For many years, this support came in the form of antibiotic growth promoters (AGP): administered prophylactically, they were effective at keeping harmful enteric bacteria in check. However, due to grave concerns about the , non-therapeutic antibiotics use has been banned in many countries. Alternatives need to focus on improving feed digestibility and strengthening gut health, attacking the root causes of why the intestinal microflora would become unbalanced in the first place.

The effect of phytomolecules on broilers during a challenging phase

A study was conducted over a period of 49 days on a commercial broiler farm of an AGP-free integration operation in Japan. The farm reported gut health challenges in the second and third week of the fattening period due to vaccinations and changes to the animals’ diets. The trial included 15504 Ross 308 broilers, divided into two groups. The negative control group included a total of 7242 birds, kept in another house.

The results are summarized in Figure 1:

The Activo® Liquid group clearly showed performance improvements compared to the control group. Livability augmented by 1.5%, while the feed conversion rate improved by 3.2%. This resulted in a more than 5% higher score in terms of the performance index.

Poultry producers take great care to eliminate unnecessary sources of stress for their birds. Nonetheless, during their lifecycle, broiler chickens face challenging periods during which the balance of the intestinal microflora can easily become disturbed, with consequences ranging from decreased nutrient absorption to full-blown enteric disease.

The trial reviewed here showed that, after receiving Activo® Liquid, broilers raised without AGPs showed encouraging performance improvements during a challenging phase of feed changes and vaccinations. Likely thanks to the activation of digestive enzymes and a stabilization of the gut flora, the broilers showed improved livability and feed conversion, thus delivering a much more robust performance during a critical phase of their lives. In times where the non-therapeutic use of antibiotics is no longer an option, phytomolecules allow poultry farmers to effectively support their animals during challenging times. 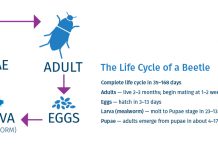