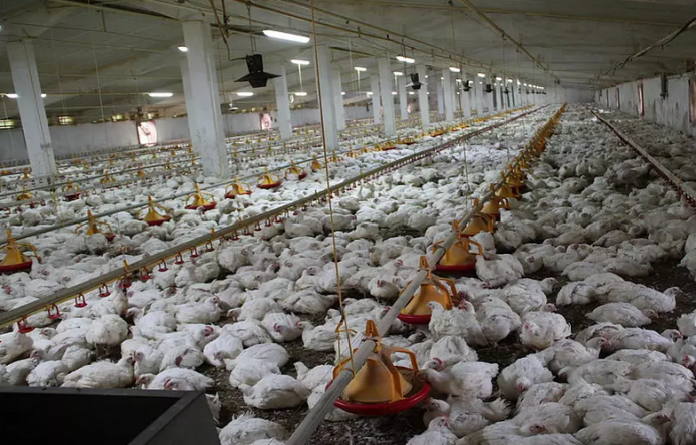 • E. coli is common in poultry, and feed is frequently contaminated.
• Resistance to fluoroquinolone antibiotics, which has been used to control E. coli infection, is high.
• A permeabilizing complex, organic acids and cinnamaldehyde (Biotronic Top3) can reduce the prevalence of antibiotic resistance E. coli in cecum of broiler, compared with enrofloxacin.

Escherichia coli is a gram negative, non-spore forming bacillus and it is a common inhabitant in the intestinal tract of poultry. These bacteria survive for long period outside their host and are present in all bird environments, particularly the litter, and in poultry house dust, which may contain 105 – 106E. coli/g. Feed and feed ingredients are often contaminated with pathogenic coliforms and are a common source for introducing new serotypes into a flock (Martins Da Costa et al. 2006).

All ages are susceptible to colibacillosis, but young birds are more frequently affected and disease severity is greater in young birds, including developing embryos (Goren E., 1978). Outbreaks can occur in caged layers (Vandekerchove, D. et al., 2005) and coliform salpingitis/peritonitis is a common cause of mortality in breeders (Jordan et al., 2005). Colibacillosis in older birds is often manifested as an acute septicaemia.

Escherichia coli do not invade normal bird tissues, but are present in the environment and exploit weaknesses in bird defences caused by other infectious agents (viruses, bacteria, parasites and mycotoxins) environmental stress such as temperatures extremes or poor management.

Since their discovery in 1928 by Alexander Fleming, the antibiotics have been widely used for the treatment of disease, disease prevention and growth promotion in food-producing animals. During the last decades, excessive reliance on antibiotics in human and animal medicine has contributed to creating favourable conditions for the selection, persistence and spread of antibiotic resistant bacteria.

Consequently, antibiotic resistance has become a global concern not only in human but also in animal health. It has been highlighted in various studies that the antibiotic resistance bacteria generated at farm level may spread to humans through direct contact, contamination of the meat or environmental pathways.

The public concern is even greater where the application of antibiotic classes in food producing animals have a therapeutic useful analogue in human medicine, such as fluoroquinolones. Enrofloxacin is a representative fluoroquinolone prescribed by veterinarians to reduce the early chick mortality and for the reduction of the spread of pathogens (i.e. Escherichia Coli). This antibiotic has been widely overused in poultry and it is licensed in many countries, including in the EU. As a result, E. coli resistance to fluoroquinolone antibiotics has increased significantly since their introduction into medicine and agriculture in the late 1980s.

The European Union decided to ban the antibiotic as growth promoters for veterinary use in 2006, and there has been an additional trend towards overall antibiotic reduction. Poultry producers were the category most affected by the ban of the EU commission. For many years, the farmers relied on antibiotics to improve performance and reduce the early chick mortality. Since then, producers have been searching for alternatives.

One alternative to antibiotics against Gram-negative bacteria is the use of organic acids containing cinnamaldehyde as feed additives. In order to facilitate the passage of the organic acids and cinnamaldehyde across the E. coli membrane, it is necessary to combine with them a permeabilizer, which damages the outer membrane (permeabilizing complex). It is important that the acids, cinnamaldehyde and permeabilizing complex are sequentially released along the gastrointestinal tract by a carrier. This formulation has been considered for the development of Biotronic Top3.

Effect of Biotronic Top3 vs. Enrofloxacin on the Prevalence of Antibiotic Resistance to E. Coli in Broilers

Fluoroquinolones are used to treat and prevent poultry diseases worldwide. Fluoroquinolone resistance rates are high in their countries of use. In this study was evaluated the effect of Biotronic Top3, as well as fluoroquinolone antibiotics (Baytril), on the prevalence of antibiotic resistant E. coli.

The trial was carried out at the Centre of Applied Animal Nutrition in Mank, Austria, where 480 mixed-sex, one-day-old broiler chickens (Ross 308) were randomly assigned to three treatments. From the day of hatch, each group was treated according to the following design:

The results of this study showed that the microbiological analysis of control groups on d 17 and 38 of the trial show decreased numbers of E. coli resistant to ciprofloxacin, streptomycin, and sulfamethoxazole (P ≤ 0.05) with time. The level of ampicillin- and tetracycline-resistant E. coli in the Biotronic Top3 group was significantly lower (P ≤ 0.05) than in the other 2 groups (Table 1 & 2). However, microbiological analysis at the end of the trial showed that, the level of cefotaxime-resistant E.coli was lower in the Baytril group compared to other groups, similar to the results for d 17.

It is important to highlight that the group treated with enrofloxacin had a lower body weight compared to the Biotronic Top3 group, although the average daily weight gain increased compared to the control group.