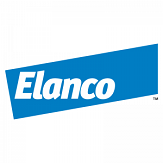 With this level of prevalence, darkling beetle infestations can have a negative economic impact on broiler operations, including the following:

• They can host and transmit diseases from one flock to the next causing decreases in growth and productivity, and increases in mortality, especially during infestations with high beetle populations.2

• Birds will be more likely to shy away from the feeders where beetles thrive. This leads to a reduction in feed intake, the potential for slower growth, increased feed conversion rates and feed costs.3

• Beetles can cause physical damage to poultry houses leading to costly repairs and increased energy costs.4

Follow Birds Beetles are attracted to the ammonia in bird droppings and once they infest a house, the beetles will follow the birds.

“When a flock comes in, the beetles will first congregate in the litter beneath the feeders,” says Richard Hack, an Elanco pest management consultant. “Once that space becomes overcrowded, they will start congregating beneath the litter along the walls before occupying any leftover open space in the poultry house.”

Once a flock is moved out of the house, the beetles will move like an army; within 24 hours they will either be in the wall insulation of the house or burrowed down into the dirt floor. Even in turkey brooder houses or hubs where producers are removing the litter and disinfecting the facility between flocks, the beetles are still in the insulation in the walls and will return when the next flock comes in.

Life Cycle of a Darkling Beetle

Darkling beetles lay their eggs in the poultry litter, giving rise to four stages in the lifecycle of a beetle. These darkling beetle larvae then hide to pupate and eventually become adults. The lifecycle of a beetle varies depending on the environment in a poultry house, but with ideal temperature and humidity, the life cycle can be completed in as little as 35 days, or up to 168 days.5

How to Monitor Darkling Beetle Infestations

“A simple and effective way to monitor darkling beetle infestations is to use a qualitative evaluation,” says Hack. “This can be done by selecting six locations in the house to evaluate: two under the feeder lines, two along the wall and two in the middle of the house.”

Evaluations are taken by creating a shallow trench in the litter several inches wide in each of six locations and observing the number of adult beetles present and the movement of litter. It is best to conduct the initial evaluation just before the flock exits the house when the beetle numbers will be highest and then again 7-days after a new flock arrives.

• None would receive a rating score of 0

Add the rating scores of the six locations to determine infestation level:

Contact your Elanco representative or distributor to discuss potential mitigation strategies including the use of insecticides to control darkling beetle infestations. 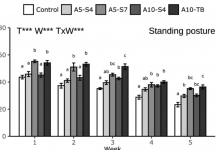 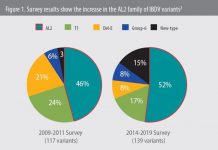