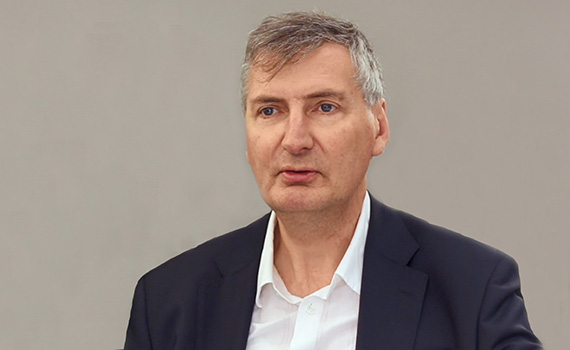 Q: Escherichia coli infection, or colibacillosis, is a major cause of first-week mortality in broilers. How do neonatal chicks contract and spread the infection?

HC: E. coli can be transmitted horizontally in the hatchery or vertically from parent to offspring. Genuine vertical infection happens when E. coli colonizes the egg-laying “machinery” of the bird, including the oviduct and cloaca, resulting in the embryos becoming infected. More often, however, it’s the surface of the egg that’s contaminated with E. coli, causing infection at hatch. This is what we call egg infection, but in a way, it’s also functioning as vertical transmission that can then spread horizontally to a very large number of chicks, increasing risk of first-week mortality.

Q: How is colibacillosis typically controlled in the hatchery setting?

HC: In the past, day-old chicks were sometimes treated with antibiotics to control E. coli infection, but this approach has fallen out of favor in many countries since antibiotic resistance is a major concern. Meanwhile we have also seen evidence of a high degree of vertical transfer from parent to offspring.1 This means that new approaches are required, using all-in-all-out production methods, high levels of biosecurity, vaccination and competitive exclusion. And as it’s very difficult to control horizontal spread in the production setting, limiting vertical transmission is especially important.

Q:  How does vaccination help limit the vertical transmission of E. coli?

HC: There are three indirect ways in which vaccination helps. First, vaccination of broiler parents should improve their immune response toward E. coli infection, thereby reducing the chance of transmitting E. coli to the embryo or eggshell. Furthermore, vaccination also supports maternally derived immunity in chicks, helping to further limit the risk of infection and severe disease.

Finally, research has shown that vaccination leads to changes in E. coli populations. If this were to reduce the pathogenic components, this could also affect vertical transfer.2

Q: A modified-live E. coli vaccine, Poulvac® E. coli, has been available in the EU for use in broilers, future breeders and future layers since 2012, but there was a barrier preventing the use of the product in birds in lay. What was that barrier in Europe?

HC: Poulvac E. coli has been approved for use during the laying period in many other markets for several years. In Europe, however, its authorization did not allow for use in lay or within 6 weeks of onset of the laying period, which is standard practice when safety data on a vaccine’s use during lay have not been presented. The laying period is a stressful time for birds, so there was concern that the additional stress caused by vaccination could be harmful. However, the European Medicines Agency recently lifted this restriction based on evidence of the vaccine’s safety for use during lay, including results from an independent study3 we conducted at the University of Copenhagen.

Q: What were you looking for in your safety study and how was it set up?

HC: Our study was conducted in more than 10,000 layer parents in Denmark. We looked at the effect of vaccination on bird health, laying performance and hatching results, and also whether the vaccine strain could shed cloacally and survive in or on the surface of the eggs.

The birds were vaccinated with Poulvac E. coli twice during rearing (at 5 days and 14 weeks) and a third time while the birds were in lay at 30 weeks. Egg samples and cloacal swabs were taken 3 and 7 days following the third vaccination to determine presence of the E. coli vaccine strain inside and on the surface of the eggs.

Q: And what did you find?

HC: We found that the vaccine strain was not shed cloacally and was not present in or on the eggs. Furthermore, Poulvac E. coli had no adverse effects on health and production parameters — including number of eggs, hatching and progeny — when administered to birds in lay.

Q: How will producers in Europe benefit from being able to vaccinate hens in lay against E. coli?

HC: Producers can now vaccinate birds in lay against E. coli with the assurance that it does not cause adverse effects, and the vaccine strain will not survive in the environment or on the surface of the eggs. The hens themselves will also be better protected — so we can help decrease mortality related to E. coli and improve animal welfare.

The other reason is mainly related to broiler parents, because by limiting the level of E. coli infection, we’re able to limit the vertical transfer of E. coli to the broilers. It’s also a way to limit the spread of E. coli, some of which have a zoonotic potential to be transferred into the human food chain.

All trademarks are the property of Zoetis Services LLC or a related company or a licensor unless otherwise noted.