More than one serotype has been the cause of inclusion body hepatitis (IBH) in broilers, which has presented differently in large- and small-bird complexes, Suzanne Dougherty, DVM, of Pilgrim’s, told Poultry Health Today.

“Mostly we’ve been seeing the same serotype, an 8b,” she said. It is unique, however, that in a small-bird complex with IBH, both serogroups 8b and 11 are present. “I don’t know if we’re going to start seeing some more of the oddball serotypes that we typically don’t see.”

In a big-bird complex with broilers grown to 9 pounds, IBH caused high mortality within the second and third weeks of age but also around 30 days of age. Birds with IBH have very yellow livers, some hemorrhaging throughout the liver, and hydropericardium, which is fluid around the heart. The kidneys can also be swollen, she said.

Not obvious in hens

The disease has been a problem since the summer of 2019. It generally does not cause any obvious problems in hen flocks and typically isn’t recognized as a problem until hens vertically transmit it to their progeny, she said.

In a small-bird complex, IBH was causing some nagging, weird mortality but there was nothing obvious. Dougherty said she figured out the problem was IBH in the processing plant, based on the livers. These birds are processed at around 33 to 34 days of age, when the virus is still active in the liver. “And so that’s how we got the initial thought that [IBH] was in that complex as well.” Up until that point it was not diagnosed in the field, Dougherty later noted.

IBH is caused by adenovirus. It appears sporadically within the industry from time to time, Dougherty explained. It can be transmitted horizontally from bird to bird within a house as well as vertically from hen to broiler, which is probably the more common mode of transmission. “And it can be tracked onto other farms and into other houses, and it can cause some pretty significant mortality and performance losses as well,” she said.  IBH is a significant health issue in the broiler industry at this time.

“Biosecurity is really important, especially trying to prevent transmission from one breeder flock to another” and to prevent transmission from a positive broiler house to other houses or farms. Dougherty later clarified if the virus is in a house, the next flock coming in could contract the virus and develop IBH if the flock is not protected by maternal antibodies. So again, “biosecurity is critical,” she emphasized.

Growers need to be made aware of the importance of biosecurity for controlling IBH. If it’s not possible to clean out an infected house, she indicated, some type of intervention in between flocks is needed such as heating the house to try and reduce the viral load, or the use of litter amendments or disinfection.

Losses due to IBH can be substantial. Consequently, Dougherty said, the quicker you notice what’s  going on the better. “…get your virus isolated out of those birds, make sure you know what virus you’re dealing with and then make an autogenous [vaccine],” she advised.

It’s also important not to ship eggs from affected hens. “We’ve identified the hen flocks that are positive, and so we’re making sure that eggs do not leave that complex,” Dougherty noted.

She later added that apart from biosecurity, the other way to help control the disease is to vaccinate pullets and/or hens with an autogenous vaccine specific for the serogroup in the complex.

Podcast: Hatching Some Of The RAREST DUCKS In The World!! 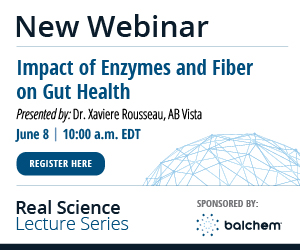