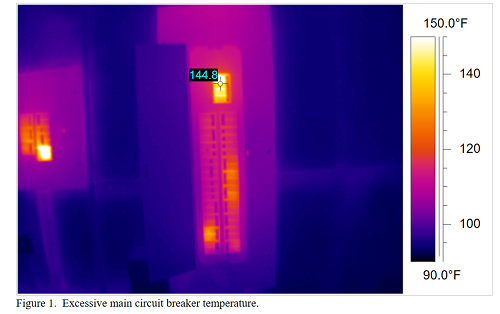 Though it may seem like a good idea if you find that your circuit breakers are abnormally warm (i.e. 120oF+),using a fan to cool them is not solving the problem. Blowing air over a circuit breaker may solve the symptom (a hot breaker), but it does not solve the underlying problem, namely that the circuit is overloaded or there are poor electrical connections. Case in point: the thermal image in Figure 1 was taken on a farm with seven-week old broilers during hot weather. The main breaker had a surface temperature of 145oF, indicating that the breaker could trip at any time. The producer decided to remove the cover on the electrical panel (not recommended) and install a circulation fan to help cool the main breaker. Initially, the circulatio nf an appeared to solve the problem. The temperature of the main circuit breaker decreased to less than 130oF (Figure 3). But in fact the underlying problem was not solved. A week later a second thermal image was taken of the same breaker under the same operating conditions. Even with the cooling fan operating, the main circuit breaker was significantly hotter than measured the previous week (Figure 4). It became obvious that the problem was getting worse. The next morning the main circuit breaker was replaced and there was a dramatic decrease in the temperature of the main breaker (Figure 5). The problem was solved. 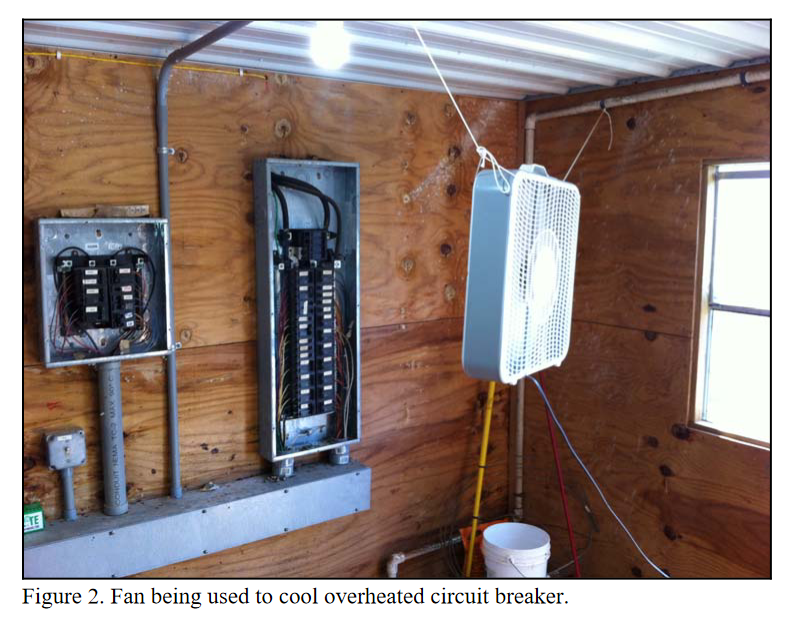 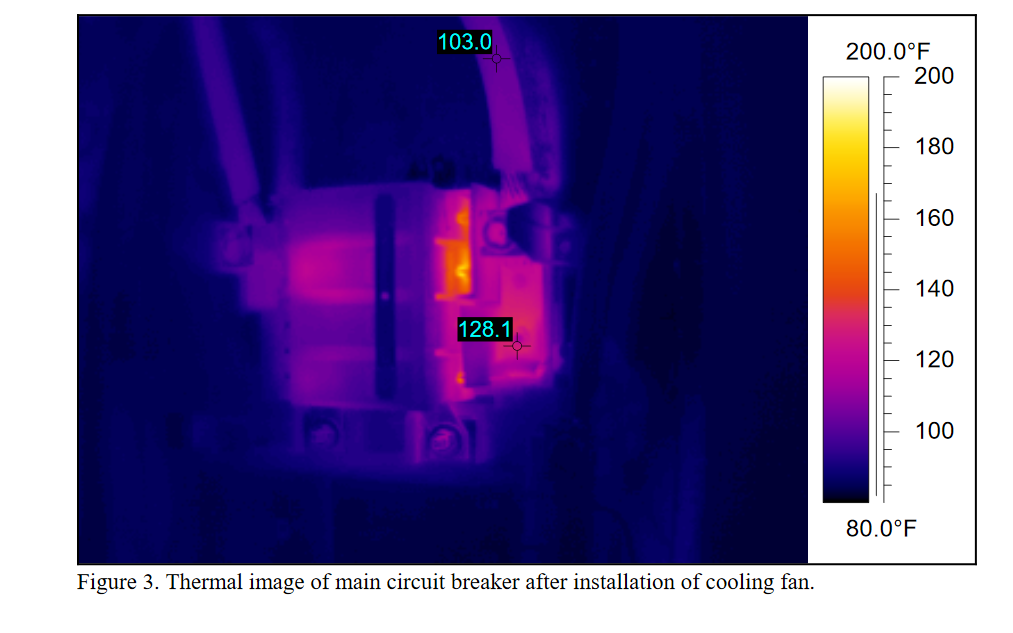 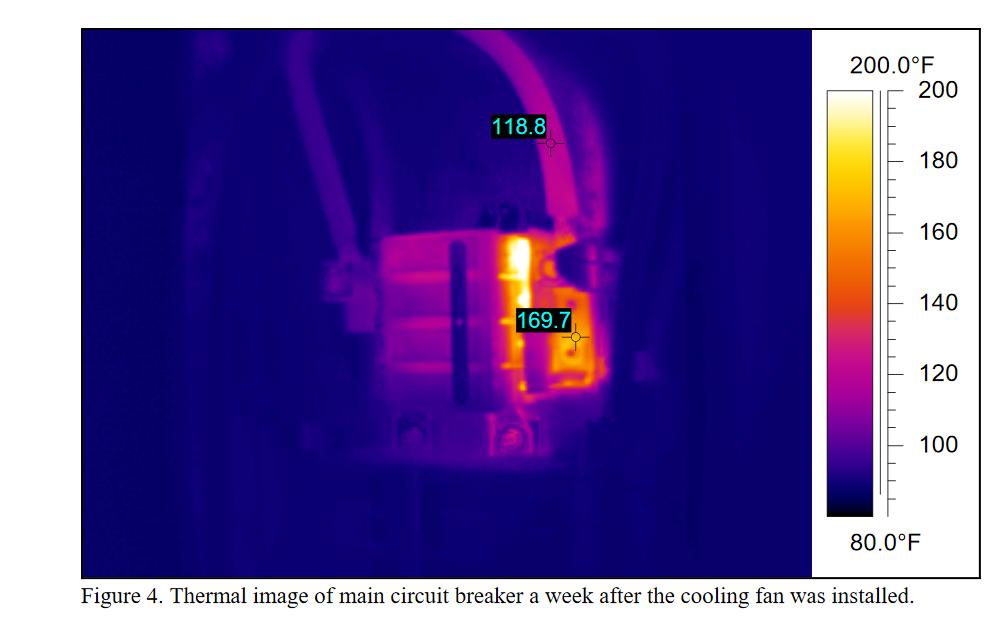 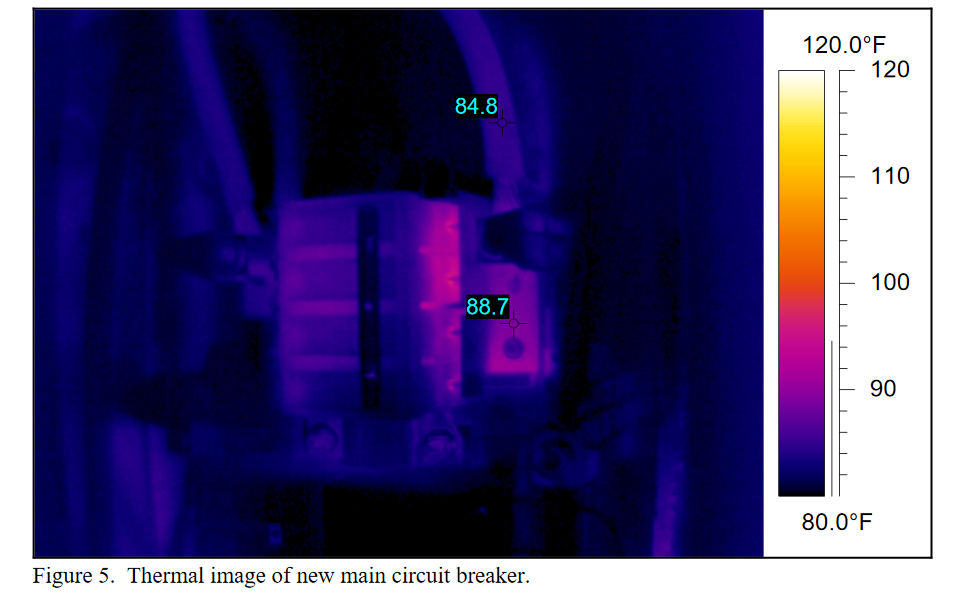 To put it simply, if your breakers are running hot there is a serious problem and a cooling fan in not the solution. An electrician should be called immediately to determine the cause of the overheating so it can be addressed immediately before there is a potentially disastrous loss of power.