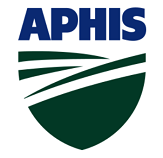 The U.S. Department of Agriculture’s Animal and Plant Health Inspection Service (APHIS) today announced a regionalization agreement with China for safe trade of poultry products, according to an agency press release. The countries agree to follow all international standards, guidelines and recommendations related to regionalization.  This agreement will help our farmers and ranchers by maintaining export markets, which will reduce the overall impact of an outbreak to our agriculture industry.

Regionalization is an important tool animal health officials can use to protect against disease spread.  When disease strikes, unaffected regions are still eligible for international trade. Because the animals in regions affected by diseases are kept separate and maintained under trade restrictions, there is a minimal risk of those animals spreading disease.  APHIS used regionalization to ensure continued trade with other countries in many recent foreign animal disease outbreaks, including highly pathogenic avian influenza and virulent Newcastle disease.

The agreement with China allows trade of poultry products to continue from unaffected regions of the country should the U.S. detect any future cases of highly pathogenic avian influenza or virulent Newcastle disease. This is because the U.S. demonstrated to China their ability to effectively regionalize for avian influenza, allowing safe trade from free zones. In return, the U.S. agrees to implement regionalization for Chinese poultry products once China has officially recognized free-zones in place. Both countries also agree not to impose trade restrictions on each other for findings of low pathogenic avian influenza.

The regionalization agreement details numerous steps the U.S. and China must take if high pathogenicity avian influenza is found in poultry to ensure the safety of the birds. These steps include controlling the area, notifying the other country, suspension of imports and exports, culling and disinfection, monitoring the situation, and resumption of imports and exports.

This action is part of the continuing progress to implement the U.S.-China Phase One Economic and Trade Agreement.  The agreement entered into force on February 14, 2020, and this poultry regionalization action builds upon measures that were previously announced on February 25 and March 10.