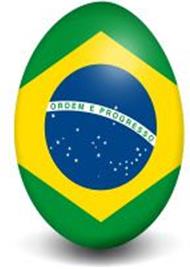 Brazilian poultry exports rose 9% by volume in 2021 to a record 4.6 million tonnes, industry group ABPA said on Friday, as diversifying destinations offset a drop in shipments to top importer China.

Asia brought in 1.64 million tonnes of Brazilian poultry in 2021, a 0.5% annual rise, even as China imports fell by 5% to 640,000 tonnes. Higher sales to Japan and the Philippines helped offset the Chinese drop, ABPA said.

“Despite the slight decrease (in 2021), China remains the top destination for Brazil’s poultry exports and is expected to retain this position,” ABPA’s head Ricardo Santin said.

A highly pathogenic bird flu has been spreading quickly in Asia and Europe in recent months, putting the industry on alert after previous outbreaks led to the culling of tens of millions of birds.

Fifteen countries had reported outbreaks of bird flu in poultry between October and the end of December, mostly the H5N1 strain, according to the World Organization for Animal Health (OIE). read more

Countries such as Japan and the United Arab Emirates are expected to remain among Brazil’s top clients, ABPA added.