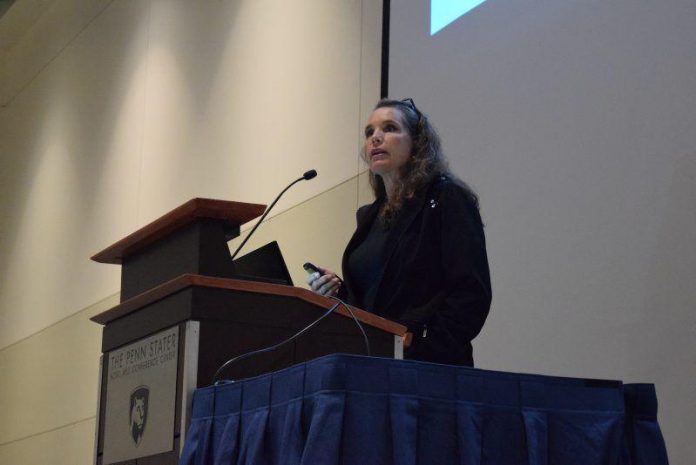 n the summer of 2020, While the United States was struggling to understand COVID-19, California succeeded in ending a major poultry disease outbreak.

Stopping virulent Newcastle disease took two years and led to 1.2 million birds being killed. But the effort succeeded through a mix of public outreach and on-site disease response.

“We wanted to eradicate the disease. We didn’t want to live with it,” said Annette Jones, California’s state veterinarian, who led the state’s stamping-out effort.

Jones spoke at the Northeastern Conference on Avian Diseases on Tuesday at The Penn Stater.

Newcastle disease was flagged in 2018 in southern California. It’s not certain where this strain of virulent Newcastle disease came from, but Jones said past experience suggests it could have been smuggled birds.

What made this outbreak particularly challenging was that it hit a major urban center — Los Angeles and surrounding counties.

It’s an area where lots of people keep backyard flocks, often in close proximity to other home breeders or even near poultry farms.

That’s a lot of bird owners who could spread the disease but who wouldn’t hear about the risks through the poultry industry’s established communication channels.

Indeed, while most of the birds that were culled during the California outbreak came from 10 commercial farms, most of the premises that were depopulated — over 2,000 — were backyard operations. (USDA also counted two infected premises in Utah and Arizona.)

Given these challenges, Jones put a lot of resources into public outreach.

Staff visited residents door to door, and provided information at feed stores, fairs, markets and churches. Jones also tried to communicate with local governments so that they would not be surprised by new restrictions.

“We really need to be able to reach people so they can understand why they’re doing what they’re doing, and help out,” Jones said.

During a Newcastle outbreak 20 years earlier, California’s Department of Food and Agriculture was able to raise awareness of the disease through frequent media interviews.

But this time, in the relentless news cycle of the Trump era, the mainstream press was largely uninterested in sick chickens.

“There was way more interesting things happening at the national level,” Jones said.

So her department paid for public service announcements and turned to social media.

Jones said her agency took some time to up its game online. She eventually hired a PR firm, and social platforms ended up being an important tool for messaging.

At the same time, the state labored to find and destroy flocks that had been infected with Newcastle disease.

Jones didn’t want to send testing staff from farm to farm for fear of spreading the disease, so the ag department shipped test kits to farmers and had them return the samples.

The agency also got farms preapproved to keep moving birds if an outbreak happened nearby.

Many breeding pens can’t be seen from the road, so Jones’ staff pored over aerial photographs on Google Maps. The staff also used advanced mapping techniques to select locations where they should focus.

Genetic testing data shaped the response in key ways. It showed, for one thing, that the current strain of Newcastle was a new introduction, not a holdover from the outbreak 20 years earlier.

That finding bolstered Jones’ case for eradicating the disease. Had Newcastle never gone away, calls for a less intensive plan to simply manage the disease might have held more sway.

Genetic analysis also showed that the enhanced biosecurity practices that farms implemented were effective at containing the disease.

When farms were infected, Jones found that the disease had spread from neighboring backyard flocks rather than by feed or egg trucks — transmission routes that had been blamed in the earlier outbreak.

The disease response had some uniquely Californian elements. Staff used only carbon dioxide to depopulate houses because Jones was concerned that other methods would be attacked as inhumane and prompt court fights that could halt timely disease response.

Still, Jones sees lessons that states could apply to any animal disease incident.

Her top suggestion is to build triggers into disease response plans. Without designated thresholds for when action must be taken, staffers may feel uncomfortable acting, and politics can override the facts on the ground.

“What I’ve seen time and time again — I can’t think of any incident, actually, where it didn’t happen — (is) that people are in denial. They don’t want to say ‘this is bad,’” Jones said.

That hesitancy cropped up in the Newcastle outbreak even with well-defined triggers. Friction with the Trump administration on unrelated issues didn’t make it easy for California to ask the federal government for help, Jones said.

Jones also said disease response agencies should start hiring additional staff right away if they think the response will last longer than a month. She ultimately added more than 200 employees through 13 job fairs.

“Your staff are going to get burned out, and it takes them years to recover,” Jones said.

She’ll have plenty of time to dwell on further improvements.

USDA and the state of California commissioned a report on their response to the Newcastle outbreak. The draft report is 165 pages and contains a similar number of recommendations — and that’s for a disease response that succeeded.

In the meantime, Jones said the state is preparing against any future introductions of Newcastle disease.

California is working with its Extension service to promote birds vaccinations. The program includes teaching backyard flock owners to administer the vaccines correctly.