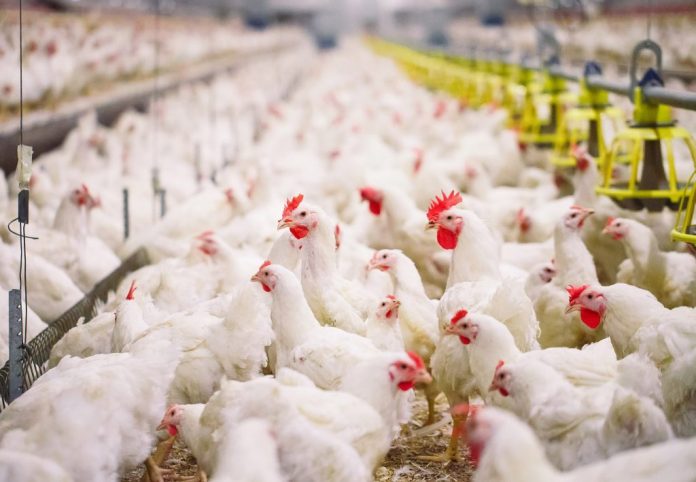 Chicken producers are crimped by a labor shortage, and inflation is making its way through the entire bird. Fast-casual chain Wingstop saw bone-in wing prices rise 25.8% in its first quarter, which was considerably lower than the market-rate increase of 50%. (Company executives said they were able to negotiate lower prices with suppliers.)

There are poultry producers who are having trouble staffing their plants at 100%, he said. “We really believe that has to do with the pressure on the labor market and the amount of stimulus that’s enabling people not to have to go out and work, and claim these open jobs that are available to them,” he added.

Wingstop has been able to mitigate those higher poultry costs by boosting menu prices and managing other types of costs, according to Skipworth. He highlighted that while processors are having a tough time finding employees, Wingstop is not: “We have an efficient model that is able to leverage a relatively small roster, and with that small roster size, we were able to minimize the impact of any sort of labor shortage as well as any sort of impact as it relates to wage inflation.”

Meanwhile, chicken and pork producer Pilgrim’s Pride is acutely feeling the labor shortage. This week the company, controlled by Brazil’s JBS, reported sales rose 6.5% last quarter. But it’s shelling out $40 million in wage increases this year to attract and retain workers, targeting a shortage that’s the result of “the stimulus payment, income tax refunds, and … unemployment benefits,” Pilgrim’s Pride CEO Fabio Sandri said on the conference call. “The labor market today seems tighter than the one we had when we were in full employment mode. So today we’re staffed less than we were even before the pandemic.”

Pilgrim’s Pride also has another solution to the problem: robots. The company plans to spend $100 million over the next year to further automate operations, with the potential to reduce its necessary workforce by 5,600 positions, Sandri said in the call.

The average pay to work in a chicken plant is $36,121, according to ZipRecruiter.