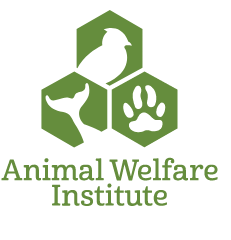 In a potential victory for billions of birds, a federal judge ruled yesterday that a lawsuit filed against the US Department of Agriculture for failing to require humane handling of poultry at slaughter will move forward.

In August of 2020, the Animal Welfare Institute (AWI) and Farm Sanctuary, represented by Harvard Law School’s Animal Law & Policy Clinic, sued the USDA in the US District Court for the Western District of New York to address the systematic mistreatment of poultry at slaughter, which can compromise food safety and meat quality in violation of the Poultry Products Inspection Act (PPIA). The lawsuit calls on the USDA’s Food Safety and Inspection Service (FSIS) to develop regulations governing the handling of chickens, turkeys, and other birds at federally inspected slaughter facilities.

The USDA moved to dismiss the suit, but US District Judge Charles Siragusa sided with the plaintiffs.

“This ruling moves us one step closer to improving poultry product quality and helping to protect the vast majority of land animals who are routinely abused on the slaughter line,” said Dena Jones, AWI’s farm animal program director. “Each year, 9 billion chickens and turkeys are killed for food in the United States, yet the USDA does virtually nothing to limit their pain and suffering at slaughter.”

Periodic reviews of USDA enforcement records by AWI reveal that, every year, government inspectors document tens of thousands of birds suffering excruciating deaths before they even reach the slaughter line. Hundreds or thousands of birds die, sometimes in a single incident, from causes that are unacceptable under the PPIA, such as exposure to extreme weather, blunt force trauma, and asphyxiation. Birds in slaughter plants are also subjected to intentional acts of cruelty by workers, including being kicked, hit, mutilated, driven over, or dumped onto conveyor belts with visibly broken legs and wings.

Sadly, these reported incidents barely scratch the surface, given that USDA inspectors observe the handling of only a very small percentage of the birds slaughtered. Inspectors at one-third of all poultry plants, in fact, generated no humane handling records whatsoever during a recent three-year period.

As it stands, the industry is able to forego humane handling practices with little, if any, consequences. Currently, the only action USDA inspectors can take when they observe mistreatment of birds is to issue a memorandum describing the incident. Even when establishments engage in repeated or intentional acts, the USDA does nothing to stop it. The USDA is aware that its failure to require humane handling of birds at slaughter results in the adulteration of millions of bird carcasses annually, but the department turns a blind eye.

In one case, nearly 10,000 birds froze to death after being transported and held for at least 22 hours in unprotected trucks during extreme cold at a Butterfield Foods slaughterhouse in Minnesota. In another incident, a Jennie-O slaughter plant in Minnesota was cited 10 times in just four months when birds were seriously injured by malfunctioning equipment that caused large areas of their skin to be torn, resulting in hemorrhaging and muscle mutilation. The Southern Hens facility in Mississippi was cited 10 times in less than a month because workers were tossing crates with live birds inside.

In 2013, AWI and Farm Sanctuary petitioned the FSIS to use the authority granted to it by Congress to codify poultry humane handling standards into enforceable regulations. After a six-year delay, the FSIS responded that it had no jurisdiction to enforce humane handling of birds at slaughter, and maintained that the current approach of voluntary compliance is adequate.

“The plant-based market is booming in part because consumers cannot trust the USDA to do its job and keep adulterated products that are the result of animal mistreatment off grocery store shelves,” said Emily von Klemperer, general counsel for Farm Sanctuary. ”

The plaintiffs are represented by Katherine Meyer, director of Harvard’s Animal Law & Policy Clinic, with the assistance of several law students who helped draft the complaint.