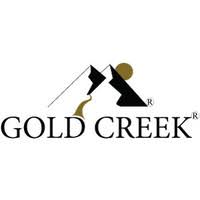 A company that owns the Georgia poultry processing plant where six workers died in a January liquid nitrogen leak is being sold.

Gold Creek Foods told local news outlets Friday that it has reached an agreement “to acquire substantially all of the assets of Foundation Food Group.”

Both companies are privately held and Gold Creek did not disclose a price or other terms. Gold Creek said it expects the sale to close in the first week of October.

Gold Creek Foods, based in Gainesville, is a rapidly growing chicken processor that started with processing raw chicken but has added precooked offerings as well. The company has at least six other processing plants in Gainesville, the center of Georgia’s nation-leading poultry industry, and says it has sales of more than $300 million a year.

Foundation Food Group was created last year by the merger of Prime Pak Foods Inc. and Victory Processing. The nitrogen leak happened at the plant of the former Prime Pak, which takes chicken slaughtered elsewhere and cooks it into nuggets and patties that are frozen for food service operations. The former Victory plants, which are across the street, process raw chicken for further use.
$2 for 2 months

Foundation Food and three other companies were fined by federal workplace safety officials, who said the Jan. 28 deaths were preventable. A new freezing line malfunctioned Jan. 28, releasing a cloud of liquid nitrogen vapor. Workers tried to flee, but found some exits blocked or obstructed. Three supervisors went in after three missing workers and they all died.

Foundation Food is contesting its fines. It was cited for 26 violations with a proposed fine of $595,474.