In a study of 150 farms over the course of 2 years, Perdue found that for Salmonella, some farms rarely had any, some had a lot and others were in the middle with inconsistent patterns. The company noted similar trends with Campylobacter.

“These are [birds from] the same breeder flocks [and] the same breeds, the same feed, coming from the same hatchery, yet they turn out differently” when analyzed for foodborne pathogen trends. “So, there’s something about the farm that’s significant,” Stewart-Brown said.

Perdue, which has been at the forefront of “no antibiotics ever” (NAE) production, has found that managing the flock environment is critical for reducing levels of all bacteria, including Salmonella and Campylobacter.

Houses need to have dry litter with good air quality, Stewart-Brown said. Chickens also need ample space to minimize the buildup of pathogens in the litter.

Good paw quality is especially important, he continued, because it correlates with dry litter and the presence of foodborne pathogens. “Bacteria such as Salmonella and Campylobacter are inhibited or reduced in really dry-litter flocks.”

Still, there are differences in the presence of these bacterial organisms. A house with a low prevalence of Salmonella, for instance, doesn’t necessarily have a low prevalence of Campylobacter, Stewart-Brown noted. Likewise, some live-side interventions are effective against both pathogens but not always. One similarity is that both pathogens dislike dry litter. The same holds true for Escherichia coli.

Perdue has also found that smaller farms tend to have less bacteria, but Stewart-Brown thinks that has more to do with fewer personnel. “It probably wasn’t the size of the farm as much as the number of people working within the context of the number of chickens.” Some big farms are very well-managed and would be in the low range for Salmonella, but it depends on how many people help them and how well their workers are trained.

Stewart-Brown thinks a farm’s bacterial load is directly related to biosecurity and the level of farm management. He said contract farmers need to understand how they can make a difference in flock health and food safety. Toward that end, Perdue created a biosecurity risk-assessment score, which involves posting a number on the barn wall. “And that risk has to do with food-safety organisms as well,” the veterinarian continued.

“One of the things we found is that whenever you give a farmer a score, now you have a little bit of their attention,” Stewart-Brown said. If their number is high, the farmer won’t like having a bad score and will want to know what made the score high. Conversely, farmers with a low score are told, “That’s fantastic…you’re doing a great job.”

These discussions can be part of the conversation about usual production metrics like feed conversion and livability, as well as food safety. Providing growers with feedback about how they’re doing and communicating about what makes a difference is key, he advised.

‘Be simple and clear’

“Be very simple and clear with it. Don’t get too complicated too fast. ‘Look — here’s what I think of your farm as it relates to food safety. Here’s why, and here’s how it could better,’” he said. Then list two or three steps they can take and show them via feedback over time that they’re making a difference. “That’s really a powerful thing.”

To bring live production and processing together toward the common goal of pathogen reduction, leadership from the highest level of the company is necessary, he said.

“We’re looking at this holistically” and use a multi-faceted approach. At the plant, there are multiple interventions aimed at bringing down the prevalence of bacteria. Each is measured and is expected to show a log reduction from beginning to end of that intervention. The same approach is used before processing, Stewart-Brown said, but acknowledged it’s harder to find log reductions on the live side of production. 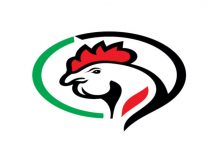