India’s poultry industry is in dire need of cash after prices slumped earlier this year on speculation fanned by social media that chickens could spread the coronavirus, according to one of the nation’s top producers.

Chicken prices at the farm gate plummeted as much as 70% in March from January, forcing farmers to cull large numbers and causing huge losses, said Suresh Chitturi, vice chairman and managing director of Srinivasa Farms Pvt. Prices have now recovered to just above production costs, but banks are still not willing to lend, he said in a phone interview.

Farmers need up to 200 billion rupees ($2.7 billion) in loans, Chitturi said. Bank financing is crucial to the $14 billion industry which directly or indirectly employs 5 million people and supports 25 million producers. With an annual output of 95 billion eggs, India ranks second in the world, according to Chitturi.

The novel coronavirus is thought to have originated in bats and spread to humans via a yet-to-be identified intermediate mammalian host. Almost two dozen animal species are known to be susceptible to infection. Still, health authorities say there’s no evidence that animals play a significant role in spreading the virus, and consider the risk of them doing so to be low.

“We don’t want any freebie,” said Chitturi, who is also the chairman of the International Egg Commission. “We just need the cash to expand and we will pay back the money. We have seen an increase in demand recently and prices are also good because of a shortage in supplies,” he said.

The industry won’t survive if it doesn’t get the funding as there is a risk of default on existing loans totaling as much as 250 billion rupees, Chitturi said. “We were beaten by rumors which almost killed the poultry business. I’d be making good money if I were in the U.S. or China as people there are consuming more poultry to have good protein intake,” he said.

Chicken meat consumption in India is seen shrinking about 8% from a year earlier to a three-year low of about 4 million tons in 2020, according to the U.S. Department of Agriculture. By contrast, demand in China will probably climb by 11% to a record of more than 15 million tons, while U.S. consumption is forecast to rise to an all-time high of over 17 million tons, it said. 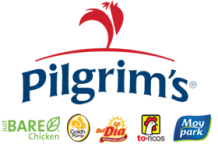