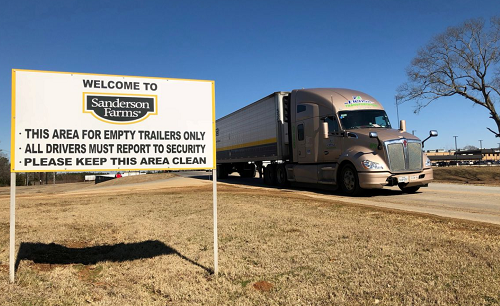 U.S. Senator Elizabeth Warren on Monday called on the Justice Department to open a broad investigation on the impact of price- fixing and consolidation in the poultry sector on consumers and farmers.

The former Democratic presidential candidate also urged the department’s Antitrust Division to review “with suspicion” any large mergers in the industry, after Cargill Inc and Continental Grain said in August they would buy chicken company Sanderson Farms (SAFM.O) for $4.53 billion. read more

Warren said in a letter that consumers are paying higher prices because of excessive consolidation, price-fixing and “plain-old corporate greed.”

Prices for chicken breasts have jumped 26% over the past year, according to U.S. Labor Department data, while turkey prices were up 24% in an annual American Farm Bureau Federation survey ahead of Thanksgiving. read more

The meat industry has said increased demand and the labor shortage have boosted prices. Four processors control 54% of the chicken market, up from 35% in 1986, according to the Biden administration. read more

“Lack of competition in the poultry industry is allowing these massive companies to squeeze both American consumers and farmers to fuel record corporate profits and payouts to shareholders,” Warren said.

The Justice Department is investigating price-fixing among some chicken producers. The Biden administration is also promising a tougher stance toward four companies that control the U.S. beef market as a way to rein in prices. read more

In February, chicken company Pilgrim’s Pride Corp (PPC.O) pleaded guilty and settled federal charges that it conspired to fix prices and passed on the costs to consumers. read more

Warren asked the Justice Department to report by Dec. 20 on how price-fixing and consolidation have contributed to higher poultry prices.