Control of house flies (Musca domestica) poses a significant challenge to poultry producers, especially those involved in managing layer facilities. Egg production occurs in facilities where the accumulation of manure in an enclosed space creates the perfect development habitat for fostering large numbers of flies. Historically, pest flies have been controlled with chemical insecticides. However, regulatory restrictions, house fly resistance to current active ingredients in commercial pesticides, and the lack of options labeled for pest control in poultry facilities make management of house fly populations difficult.

To control house flies, the poultry industry is estimated to spend $20 million dollars annually on pesticides alone. This estimate does not include the cost of animal loss due to house fly vectored pathogens causing disease, the cost of labor for pesticide application, or litigation that can be taken by residents living near production facilities due to increased fly numbers affecting their property values.

One potential option to control pest flies is the integration of biological control agents into a layer facilities’ integrated pest management (IPM) program. Many natural antagonists of the house fly are found within the environment of the manure pit. Augmentative releases of these antagonists and introduction of pathogenic organisms can help lower house fly populations to manageable levels. The most promising of these biological control agents on a commercial level are parasitoid wasps and the entomopathogenic fungi Beauveria bassiana. Parasitoid wasps are commercially available and commonly released into poultry systems as a form of biological control, but more research needs to be done to determine which species or combination thereof would be the most effective in different geographic locations. The fungi, B. bassiana, has been widely studied as a form of biological control for house flies in layer facilities as well but has not been widely adopted by the industry. Further research into improving its effectiveness and ease of use could change this trend.

The three objectives of this research project were: (1) to collect new fungal isolates from flies in poultry facilities and screen them to identify strains with fast kill times, (2) to test the most promising strains and subject them to selection for further improvements in kill times, and (3) to ensure their compatibility with the most important natural enemies of flies (three species of parasitic wasps and the beetle predator Carcinops pumilio).

Objective 1 results included the collection of five new isolates of B. bassiana that had mean survival times under eight days, an improvement from currently marketed B. bassiana products. For objective 2, researchers identified which strain was consistently the most virulent and produced the highest numbers of conidia on cadavers in fly-to-fly passages. Selection for faster-killing strains shortened the average time until death by three days, from 7.6 to 4.7 days, after nine generations of selection. Final analysis of the selected strains was postponed when the USDA laboratory was closed due of the COVID-19 pandemic. For objective 3, Spalangia endius was the most resilient to the B. bassiana applications, whereas Spalangia cameroni and Muscidifurax raptor had decreased survival when B. bassiana was applied.

Overall, the B. bassiana strains isolated from house flies killed greater numbers of flies than the negative control. In parasitoids, all strains had a more limited effect than was observed in the house flies, except for in S. endius, in which there was no effect. The susceptibility of these house flies to the treatments and the lack thereof in all parasitoid species is a good indicator of the usefulness of field collected strains of B. bassiana and their use as a biological control tool. Given that the strains each demonstrated different traits in their infection of house flies, further research should be done to see the extent of each of these traits and if they could be useful for biological control. 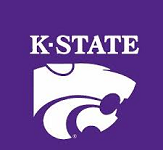