Flock profiling is a management tool for monitoring the performance of a flock of chickens or turkeys. It involves weighing a sample of the flock at regular intervals and using the date to construct a growth diagram. Feed efficiency may be monitored as well as the growth rate of your flock. This new growth curve may be compared to the average or to previous flocks in the same facilities to determine if improvements are being made. A decrease in growth rate may indicate an oncoming disease or a change in feeding or management practices.

A calculator, scale and writing utensils are needed for the procedure. A hanging scale such as those used by fishermen will work nicely. A knot should be tied on the end of the rope that is hanging from the scale and then a washer slid down the rope cord to the knot. When a bird is caught, the legs are quickly wrapped with the rope. Then take the washer-end of the rope and wedge it in between the rope and the bird’s feet. The scale is lifted (or the bird is lowered) and the bird’s weight is then recorded. A small scale like those used for weighing food is available at many hardware stores and may be more convenient for smaller birds.

Weigh as many birds as time allows. A good lower limit would probably be 15 birds, while a good upper limit would be 50 birds. More than that will result in diminished returns. Try to get a random sample of birds. Avoid selecting birds from only one area or picking only the easily caught birds. As the birds are weighed, put an X in the box on the Flock Profiling Worksheet that coincides with that weight. An example and a blank worksheet are provided in the printed version of this guide. Copies of the blank worksheet may be used in the profiling program. After the birds’ weights have been collected and recorded, move to a desk and use the charts and graphs provided in the printed version.

Using the example worksheet as a guide, add up the weights to the right and get a grand total. Divide by the number of birds weighed to get an average weight. Add and subtract 10 percent of the average weight. Draw lines at these points on the graphs. Calculate the percentage of birds within 10 percent of the average by adding the marks between the lines and dividing by the total number of birds weighed. Calculate approximate feed conversion by estimating feed used at time of weighing and divide by the total weight of birds (average weight multiplied by number of birds). Then plot the body weight and feed conversion on the graphs provided.

The flock profiling system provides a scientific method for monitoring management practices. The first worksheet indicates both information useful for making the graphs on Worksheet 2 (In printed guide) and a view of uniformity of your flock. The greater percentage of birds between the lines drawn on the graph the better. A uniform flock indicates that your management practices are consistent. If the flock begins to lose the uniformity found in the first several weeks, a problem may be indicated. An example of this may be a lack of feeder space. If birds are moved from brooder to growout in eight weeks, there may be insufficient feeder space available for the last two weeks in the brooder house. This may be indicated by a lack of uniformity in the birds. As the larger, more aggressive birds compete for feeder space more effectively, birds that do not compete fall behind in growth. A disease state will also cause less uniformity. In some cases, two distinct groups of birds may be noted after a disease problem has been diagnosed.

The second worksheet allows comparison of your flock with a standard profile provided or previous flocks through your facilities. Although performance will change with season, the provided graph is a good guideline. Another use for this graph is to detect disease problems before mortality occurs. If growth rate suddenly slows down for a week, a disease problem may be indicated although mortality has not yet occurred. Feed conversion may also be monitored. Feed conversion relates to a number of management parameters such as house temperature, nutritional content of the diet and health of the birds.

In summary, the flock profiling system can be used for monitoring flock performance, predicting disease problems and identifying management areas that can be improved. 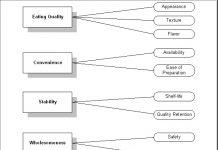