The team recently published “Circadian disruption and divergent microbiota acquisition under extended photoperiod regimens in chicken” in PeerJ – the Journal of Life and Environmental Sciences. Recent studies showed gut microbiota diversity and functional activity are synchronized with the host’s circadian rhythms in healthy individuals. Circadian disruption elicits microbiota imbalances in mammalian models, including mice and humans. Now, for the first time, it has been demonstrated in birds.

“This is one of the first studies to demonstrate the use of photoperiods to modulate microbiota acquisition in newly hatched chicks and show their potential as a tool to promote the colonization of beneficial microorganisms,” Athrey said.

The research shows the duration of exposure to light has an enormous effect on microbiota and circadian rhythms in poultry, starting from early in life, Athrey said.

“The main message is long light hours, sometimes 23 hours a day, for layers and broilers have a real effect on their gut health, which can translate into weaker immune systems and higher mortality rates,” he said. “In 2017, the (U.S. Food and Drug Administration) banned the use of antibiotics as feed additives, or growth promoters, and new approaches to manage gut health are highly desirable. Lighting could be one approach to manage gut health and reduce the need for antibiotics.”

The poultry industry routinely employs more than 18 hours of light per day. Exposure to longer light hours keeps birds active and on track for high performance, which is the goal for producers because final weight along with feed conversion rates determines pay from contract buyers, Athrey said.

The AgriLife Research study is the first to determine the association between circadian disruption in early life, microbiota colonization and the consequences for microbiota structure in birds.

The study’s objectives were to characterize circadian activity under two different light regimens – 12 hours on, 12 hours off and 23 hours on, one hour off – in layer chickens during the first four weeks of life, Athrey said. The team also wanted to determine if microbiota oscillates in synchrony with the hosts’ circadian rhythms.

“The levels and activity of the microbiota were very different under the two photoperiods,” he said. “We were surprised at the differences. Under long photoperiod programs, birds’ circadian rhythms were disrupted, and it was as if they were experiencing jet lag the whole time.”

Gut microbiota showed a similar oscillating pattern as the host, but this association was not as strong as found in mammals, Athrey said.

“What is most important is we showed circadian rhythms were reinforced by turning the lights off a minimum of six hours per 24-hour period, particularly in early life,” he said. “Longer dark hours enhanced acquisition and colonization by beneficial microorganisms, which ultimately helped the birds’ immune system and improved mortality rates with potentially lowered need for antibiotic treatments.”

Athrey said further study is needed to determine optimal performance thresholds as they relate to mortality rates, feed conversion and market weights. He suspects any weight reduction seen in broilers raised on shorter photoperiods would offset the losses experienced due to higher mortality or muscle disorders such as wooden breast. Ongoing studies are aimed at answering that question, he noted

“This is a very important discovery for the industry,” he said. “It shows gut health can potentially be improved using a ubiquitous and inexpensive management tool like lighting.”

The published paper can be viewed here: https://peerj.com/articles/6592/ 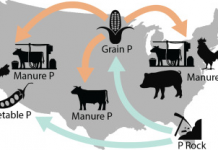