Antibiotic growth promoters (AGPs) have routinely been used in intensive poultry production for improving birds’ performance. However, in recent years, reducing the use of antibiotics in animal production has become a top priority, due to concerns about the development of antibiotic-resistant bacteria and mounting consumer pressure. Multiple countries have introduced bans or severe restrictions on the non-therapeutic use of antibiotics, including in the US, where the Food and Drug Administration has implemented measures to curb the use of antibiotics since 2017.

However, the removal of AGPs poses challenges for poultry performance, including reduced feed efficiency, decreased daily weight gain, as well as higher mortality. Moreover, the withdrawal of AGPs in feed is widely recognized as one of the predisposing factors for necrotic enteritis (NE). NE is one of the most common and economically important poultry diseases, with an estimated global impact of US$ 5 to 6 billion per year. As a result of withdrawing AGPs, the usage of therapeutic antibiotics to treat NE has increased. To break out of this vicious cycle and to secure the efficiency of poultry production, alternatives are needed that combat NE where it starts: in the gut.

NE is caused by pathogenic strains of Clostridium perfringens (CP): ubiquitous, gram-positive, spore-forming anaerobic bacteria. The spores of CP can be found in poultry litter, feces, soil, dust, and contaminated feed. Low levels of different CP strains are naturally present in the intestines of healthy birds, kept in check by a balanced microbiome. However, when gut health is compromised, pathogenic strains can proliferate at the expense of unproblematic strains, resulting in clinical or sub-clinical NE.

Animals suffering from the clinical form show symptoms such as general depression, reluctance to move, and diarrhea, with mortality rates of up to 50%. Infected birds suffer from degenerated mucosa lesions in the small intestines. Even in its “mild”, subclinical form, which often goes unnoticed, the damage to the animals’ intestinal mucosa can result in permanently reduced performance and consequent economic losses for the producer.

Certain predisposing factors have been found to enable the proliferation of pathogenic strains in the gastrointestinal tract. Diet is a key example: the composition of the gut flora is directly linked to feed composition. High inclusion rates of cereals (barley, rye, oats, and wheat) that contain high levels of non-starch polysaccharides (NSPs), high levels of indigestible protein, and inclusion of proteins of animal origin (e.g. fishmeal) have been shown to predispose birds to NE.

A range of diseases (e.g. chicken infectious anemia, Gumboro, and Marek’s disease), but also other factors that have immunosuppressive effects, such as heat or cold stress, mycotoxins, feed changes, or high stocking density, render birds more susceptible to intestinal infections. The single most prominent predisposing factor for the occurrence of NE is the mucosal damage caused by coccidiosis.

To control NE, a holistic approach to optimizing the intestinal health of poultry is needed. It should take into account not only parameters such as diet, hygiene, and stress, but should also make use of innovative tools.

Phytomolecules, also known as secondary plant compounds, are essentially plants’ defense mechanisms against pathogens such as moulds, yeasts, and bacteria. Studies have demonstrated the antimicrobial effects of certain phytomolecules, including against antibiotic-resistant pathogens. Phytomolecules have also been found to boost the production of digestive enzymes, to suppress pro-inflammatory prostaglandins and have antioxidant properties. These features make them a potent tool for optimizing gut health, potentially to the point of replacing AGPs.

Can phytomolecules mitigate the impact of necrotic enteritis?

To study the impact of phytomolecules on the performance of broilers challenged with a NE-causing CP strain, a trial was conducted at a US-based research facility. In this 42-day study, 1050 male day-old Cobb 500 broiler chicks were divided into 3 groups, with 7 replicates of 50 chicks each.

On the first day, all animals were vaccinated against coccidiosis through a live oocyst spray vaccination. The experimental diets met or exceeded the National Research Council requirements, and were fed as crumbles/pellets. On days 19, 20, and 21, all pens, except the negative control group, were challenged with a broth culture of C. perfringens. A field isolate of CP known to cause NE (originating from a commercial broiler operation) was utilized as the challenge organism. On day 21, three birds from each pen were selected, sacrificed, group weighed, and examined for the degree of present NE lesions.

The trial results indicate that the addition of phytomolecules helps to mitigate the impact of NE on broilers’ performance. The group receiving Activo® and Activo® Liquid showed a better feed conversion (Figure 2) compared to the positive control group (NE challenge, no supplement). Also, better lesion scores were noted for animals receiving phytomolecules (0.7 and 1) than for the positive control group (1.6).

The most significant effect was observed concerning mortality: the group receiving Activo® and Activo® Liquid showed a 50% lower mortality rate than the positive control group (Figure 3). These results clearly indicate that phytomolecules can play an important role in mitigating losses due to NE.

In combination with good dietary, hygiene, and management practices, phytomolecules are therefore a potent tool for reducing the use of antibiotics: including Activo® and Activo® Liquid in their animals’ diets allows poultry producers to reduce the incidence of NE, to mitigate its economic impact in case of outbreaks, and therefore to control NE in a sustainable way.

By A. Bhoyar, T. van Gerwe and S. Regragui Mazili 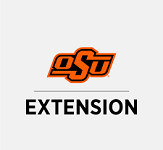 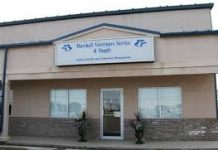