TIBOT Technologies, the  start-up specialised in poultry robotics based in France, was contacted by the Applied Innovation Team at Hubbard to conduct a study on the impact of its Spoutnic robot on poultry mating behaviour and fertility. Following more than 65 hours of observation, Hubbard was able to confirm the first findings. After using the robot for just two straight weeks at the end of a flock, mating activity increased by 30% and fertility rates improved by five points.

“The presence of the robot in the building helps maintain hen and rooster activity, resulting in an increase in mating attempts, especially during the last two hours before lights are turned off. This is particularly attractive as literature shows that hens require more frequent mating after they have reached 45 weeks of age. “Mathieu Lardière – Technical Manager Europe, Middle East  & Africa region / Applied Innovation Team Manager – Hubbard

“During these various trials, more than 4,000 mating attempts were recorded. The findings demonstrated a high correlation between the number of mating attempts and flock’s fertility. Spoutnic helped us keep our birds active during the last hours of the day when human presence is limited”, observes Mathieu Lardière. 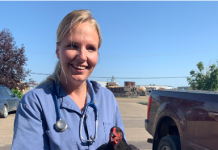 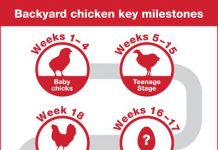