According to Alfred Blanch, DVM, PhD, coccidiosis is one of the most common and costly poultry diseases worldwide, costing the global poultry industry an estimated $300 million in morbidity, mortality and performance losses each year1. Primarily caused by protozoal parasites from the Eimeria family, the disease is associated with reduced weight gain, decreased feed efficiency and lower feed and water intake, as well as damage to the intestinal lining.

Speaking at the recent Poultry Science Association annual meeting, Blanch emphasized that good intestinal health is the foundation of poultry health and welfare.

“The objective of probiotic supplementation in poultry feed is to optimize flock performance by achieving a good intestinal status,” he said.

“In previous studies, the B. licheniformis strain in GALLIPRO® Tect has been shown to support healthy intestinal function through several mechanisms of action. Our recent coccidiosis challenge studies confirm these findings and reinforce the role of probiotics in fighting major intestinal pathogens in commercial poultry production.”

The studies evaluated the effect of the B. licheniformis strain in GALLIPRO® Tect on lesion scores in broilers following infection with severe coccidiosis.

Two trials, each with 144 male Ross 308 broilers, were conducted at the broiler research facility at Poulpharm in Wolvenhof, Belgium. The birds were split into three groups: an infected, untreated control group; a group that was infected with coccidiosis and treated with the antibiotic amoxicillin; and an infected group treated with B. licheniformis. There were two cages for each group containing 24 birds.

On day 20, the birds were fed a mixture of Eimeria acervulina and Eimeria maxima oocysts to cause coccidiosis. On days 24, 25 and 26, veterinarians provided coccidiosis lesion scores for 16 birds from each group, without knowing which birds received which treatment.

In both trials, the birds that had been treated with B. licheniformis showed significantly lower lesion scores than those in the control and antibiotic groups.

According to Blanch, several studies have shown the benefits of the probiotic in inhibiting pathogens and increasing enzyme activity, while aiding the growth of epithelial tissue. Under normal rearing conditions, he said, the use of B. licheniformis as a feed additive can help increase the villus:crypt ratio by up to 18%, thereby increasing intestinal surface area and absorptive capacity.

B. licheniformis has also been shown to have a positive impact on broiler performance and mortality in necrotic enteritis (NE) challenge studies, he added, both alone and in combination with antibiotics.

“With antibiotic use coming under increased scrutiny in many markets, poultry producers are looking to expand their range of tools for supporting gut health and fighting coccidiosis, NE and other costly, pathogenic diseases,” Blanch said. “As these studies demonstrate, probiotics play a critical role in keeping flocks healthy and high-performing, regardless of whether antibiotics are used.” 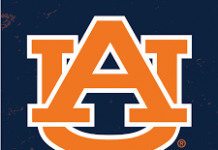