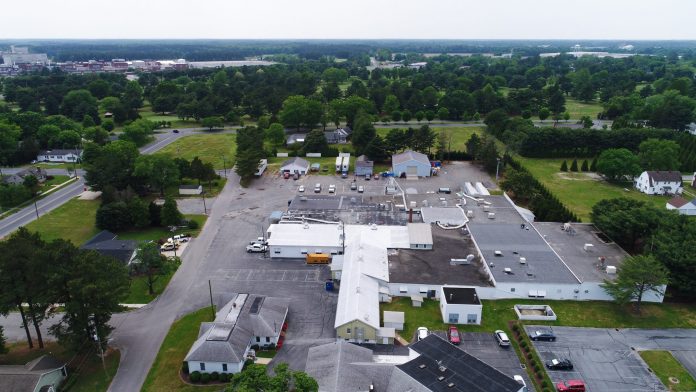 Two years after opening the doors of a new headquarters in Millsboro, Allen Harim Foods has finally sold off the remnants of its Seaford corporate complex, piece by piece.

SVN-Miller Commercial Real Estate announced in late August that it finalized the sale of the last of 19 parcels that made up the former Allen Family Foods complex off Rust Street in Seaford, capping off three years of work subdividing and marketing the land. The total complex is estimated to be sold at approximately $1.48 million, according to county land records.

“We were extremely pleased with John [McClellan, senior associate at SVN-Miller]’s  creative solution and tenacity in guiding us through this challenging process. His never-quit attitude was a key in this long process,” Allen Harim Chief Financial Officer Brian Hildreth said in a prepared statement.

Over the course of three years, SVN-Miller successfully subdivided the land into 11 other parcels with the services of Solutions IPEM. In the end, Little Sprouts Early Learning Center bought a good share of the property and a church also opened up on the grounds. Eight residential lots were sold off to families, some to nearby property owners.

The final piece, the hatchery, was sold at the end of August to Showtime Power Sports, an online motorcycle parts distributor founded in Pennsylvania, for $550,000.

“When Allen Harim relocated to Millsboro, they left behind this convoluted property smack in the middle of a residential area,” SVM-Miller Associate Advisor Kelly Jeter, who worked with McClellan on the sale, told Delaware Business Times. “Believe it or not, it was all now zoned residential, but when it was built a century ago it was likely on the outskirts of town.”

From its founding in 1919, Seaford was the first home to the corporate offices of Allen Family Foods. Legend has it that Clarence Allen hatched his first chicks in the family’s kitchen with the help of a kerosene heater until his wife, fearing the risk of a fire from the kerosene, told him to relocate. Shortly after he started hatching chicks in the garage, it burned down.

Allen then moved the hatchery a few miles outside of Seaford, and over the next 100 years the complex grew to include a 50,000-square-foot hatchery and other offices. At one point, Allen Family Foods was the world’s 18th largest producer of chicken products, producing 10.5 million pounds of product per week. With time, Seaford also grew, putting the poultry producer accidentally in the heart of its downtown district.

Back in 2011, Allen Family Foods went through bankruptcy and was purchased by the Harim Group, based in South Korea, eventually creating the Allen Harim brand. Since then, the company has turned its focus to retail sales, tapping into giants like Whole Foods and Lidl and moving its operations further south to an old paint plant.

Once it moved, it left behind a block of office buildings and undeveloped parcels surrounded by a residential neighborhood, developed across property lines and was served by various shared utility lines and access points.

With a challenging location, Jeter said there were two options at hand to ensure that the former Allen Harim headquarters was another former plant closed for decades in Seaford: sell it to one buyer or piecemeal.

“We’re happy it worked out to be repurposed and not shuttered like you see others out there that sit for years,” Jeter said. “With this solution, there’s businesses moving in that’s bringing new life to the property and more economic activity to Seaford.” 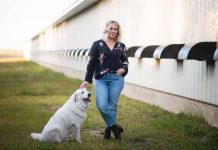