Chicken processor Pilgrim’s Pride Corp. said it has agreed to a plea deal with the U.S. Justice Department to resolve price-fixing charges, and will pay a fine of $110.5 million.

A guilty plea by Pilgrim’s, the second-largest U.S. chicken processor by sales, will make it the first company to admit in court to what prosecutors have alleged was a roughly seven-year effort across much of the U.S. chicken industry to inflate prices. That coordination pushed up poultry prices paid by fast-food chains and other chicken buyers, prosecutors alleged.

Pilgrim’s said the plea agreement provides that the Justice Department will bring no further charges against the Colorado-based company, and doesn’t recommend an outside compliance monitor. The agreement doesn’t require any restitution or probationary period, the company said.

“We are encouraged that today’s agreement concludes the Antitrust Division’s investigation into Pilgrim’s, providing certainty regarding this matter to our team members, suppliers, customers and shareholders,” Pilgrim’s Chief Executive Fabio Sandri said.

A Justice Department spokeswoman confirmed that the department’s antitrust division has entered into a plea agreement with Pilgrim’s, which is subject to court approval. The department won’t comment further until the plea agreement is filed with the court, she said.

Pilgrim’s was charged with price fixing and bid rigging in a criminal-information document the Justice Department filed late Tuesday in federal court in Colorado. Prosecutors accused the company of coordinating with other parties to suppress competition in the chicken market from 2012 to early 2019.

Prosecutors often file such documents when they have reached settlement agreements with a defendant, and Pilgrim’s is expected to plead guilty to the charge in the coming days, according to people familiar with the matter.

The company is scheduled to make an initial appearance in court on Thursday, according to a court docket.

Pilgrim’s, which is majority-owned by Brazilian meat conglomerate JBS SA, has been at the center of the U.S. government’s wide-ranging probe of the $65 billion U.S. chicken industry. The Justice Department’s initial charges in June targeted Jayson Penn, then chief executive of Pilgrim’s, as well as a former Pilgrim’s sales manager and two executives of a rival chicken company. Mr. Penn and the other defendants have pleaded not guilty.

Current and former employees of other chicken companies, including Tyson Foods Inc., Claxton Poultry Farms, Perdue Farms Inc. and Koch Foods Inc. have also been charged. The Justice Department has alleged a cozy relationship between C-suite executives and midlevel sales officials across the poultry business, where salesmen negotiating supply deals with restaurant chains would call one another to compare notes, or encourage one another to steer prices higher.

Tyson, the biggest U.S. chicken company by sales, has been cooperating with the government’s investigation under a corporate-leniency program.

The Justice Department on Oct. 7 charged more former Pilgrim’s officials, including Bill Lovette, who preceded Mr. Penn as chief executive and retired in 2019. So far, 10 individuals have been charged in the government’s investigation, which the Justice Department has said is continuing.

The defendants have pleaded not guilty. Mr. Penn’s trial is scheduled to begin in Denver on Feb. 16, 2021.

Pilgrim’s stock price rose 5.5% Wednesday after the company announced the plea agreement. The shares had lost about one-quarter of their value since the Justice Department filed its initial charges June 3. The S&P 500 stock index increased 14% over that period, and shares of Tyson fell 5%.

Pilgrim’s last month named Mr. Sandri, previously the company’s chief financial officer, to succeed Mr. Penn, on a leave of absence since mid-June as he dealt with the government charges.

Pilgrim’s has been cooperating with Justice Department lawyers since charges were leveled against Mr. Penn, according to people familiar with the investigation. The information the company provided to investigators helped the government expand its case, and Pilgrim’s is receiving a smaller fine in exchange for its cooperation, these people said.

Supermarket and restaurant chains potentially harmed by the alleged price-fixing included Walmart Inc., Kroger Co. , KFC, Popeyes Louisiana Kitchen and Golden Corral, according to court documents filed in July by the Justice Department. Kroger and Popeyes are among Pilgrim’s Pride’s major customers, along with Chick-fil-A Inc., Costco Wholesale Corp. and Publix Super Markets Inc., according to a 2019 Pilgrim’s investor presentation.

Securing a guilty plea from one of the biggest U.S. meat companies is a victory in the Justice Department’s continuing antitrust scrutiny of major food suppliers. In June, the former CEO of tuna giant Bumble Bee Foods LLC was sentenced to more than three years in jail for leading a scheme to fix prices of canned tuna, according to the Justice Department.

The Justice Department, along with the U.S. Agriculture Department, separately is probing major beef companies’ cattle-purchasing activities after cattle ranchers’ complaints over plunging livestock prices, while wholesale beef costs remained high. No wrongdoing has been alleged by the government in that matter. 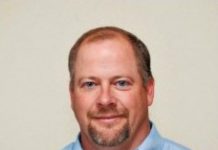 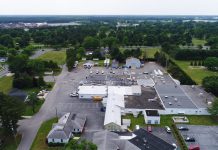