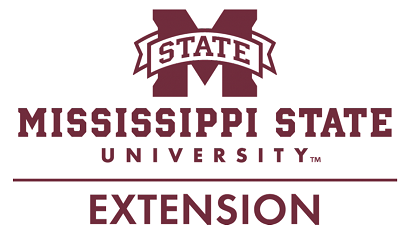 In many countries across Africa, poultry production is an important source of meat and eggs for many small, rural village households. Village chicken production systems are based on scavenging indigenous domestic fowl (Gallus domesticus), the predominant species in the poultry sector across much of rural Africa.

Although efforts have been ongoing for several years to introduce more efficient, exotic and crossbred types of poultry (and these efforts must continue), village chickens remain predominant throughout many African villages. This is because local farmers have been unable to afford the high input requirements (housing/shelter, commercial diet, and strict disease/vaccination programs) associated with the more genetically efficient breeds.

However, in most African countries, indigenous chickens have no regular disease-control or vaccination programs provided by their caretakers, scavenge for most of their nutritional requirements, and may or may not have housing or shelter provided. This puts improved breeds at a competitive disadvantage in the eyes of smallholder farmers. Genetically superior breeds will not meet their performance potential without the following conditions:

Often, these conditions cannot be provided in a village setting, making village chicken production a better option for many smallholder farmers in rural and remote locations.

Unfortunately, because of the low productivity of village chickens, most smallholder farmers consider village chickens as an insignificant secondary occupation as compared to other agricultural activities. However, despite the small number of birds in flocks reared by rural families, the contribution of the traditional village poultry sector to national egg and meat production in many African countries is quite significant. In fact, these small rural flocks supply most of the meat and all of the eggs in remote villages and 20 percent of urban and semi-urban demand (Melewas, 1989; Minga et al., 1996).

For example, it was estimated that, of the 27 million chickens in Tanzania, village chickens accounted for about 93.3 percent, which were mainly kept in rural areas of the country (Tanzania Ministry of Agriculture, 1995). This sector supplied almost 100 percent of the poultry meat and eggs in rural areas and about 13–20 percent of the product to urban dwellers (Tanzania Ministry of Agriculture, 1995).

The eggs and chickens produced by these rural farmers provide not only much needed present-day family income, but they also represent savings, investment, and insurance for the future. Intermediary agents play a major role in the village chicken marketing chain and claim much of the proceeds. In fact, they earn 65 percent of the total profit generated in the rural chicken market in Tanzania (Mlozi et al., 2003).

Of even greater concern than the low productivity of village chickens is the issue of gender and the large number of women involved in village chicken production in rural Africa. Strategies to incorporate gender issues into future poultry production and rural development improvement programs are needed. Unfortunately, the financial ability of smallholder poultry farmers to pay for improved technologies, services, and innovations is severely lacking in most rural areas. In addition, investing in a work-saving innovation that would improve village chicken production by women smallholder farmers is not the first priority of husbands, who are typically the decisionmakers in households.

Thus, it is increasingly more important to address gender and women smallholder farmers at the rural-development level. Agricultural productivity of rural women has been reported to be much lower than that of men, partly because women smallholder farmers lack access to information and necessary resources. Moreover, although rural women are often responsible for the day-to-day operations of the poultry-keeping activities, they may not be included in related financial decisions.

It should be noted that access to village chickens for women smallholder farmers encourages women’s involvement in the rural-development process. Today, it is a common belief that village chickens are the key to increasing food production and income and for providing increased opportunities for women in many villages across rural Africa. It is vital that women smallholder farmers have access to information and understand all the aspects of village chicken care and production. Although a few intensive production systems do exist in rural Africa, it is the scavenging systems (local indigenous breeds existing on a scavenging feeding system) that dominate rural production (Table 1).

A number of issues remain as roadblocks, and removing these is critical to improving village chicken production across rural Africa. Perhaps foremost is the fact that creation and rehabilitation of infrastructure (rural roads, storage areas for products/supplies, and established markets) has not been adequately addressed. Numerous other factors currently hinder women smallholder farmers’ access to markets, including:

Often, women are responsible for the care and management of village chickens in rural Africa. Consequently, chickens and eggs are among the few agricultural products directly accessible to women smallholder farmers in rural villages; increased food production from chickens will improve food security for the household. Gender roles play an important part in rural African culture. Because women smallholder farmers are often responsible for the chickens, any village chicken production program may result in increased opportunities and a more equitable distribution of food and income in rural African households. However, this will only occur if women’s concerns are included in any village chicken improvement program.

As previously mentioned, involving women smallholder farmers will be critical to the success of any village chicken production program in Africa. Participation by women in village chicken production and in rural poultry-improvement programs is vital to increasing household food security and, on a larger scale, improving the national economies in developing countries. In addition, this participation allows rural women greater access to income and knowledge and increases the overall production efficiency of the household unit. Gender is an important aspect of poultry production in much of rural Africa, and incorporating gender issues into poultry programs will involve women directly in rural development affairs (Bradley, 1996).

Although rural poultry production does not rate extremely high in the mainstream national economies of most African countries because of a lack of measurable indicators of its contribution, village poultry populations in most African countries account for more than 60 percent of the total national poultry populations of those countries (Sonaiya, 1990). Village chickens are more widely distributed across rural Africa than any other livestock species. In fact, in Tanzania, a survey of 600 households in 20 villages indicated that chickens were the only form of livestock found in most households (Collier et al., 1986).

Village chicken production in rural Africa is vital to diversifying agricultural production and increasing household food security. Village chickens can provide readily available animal protein to rural households. This is important because rural households that had crops as their only source of food production were more food insecure than households that also had livestock, including chickens (Gittinger et al., 1987). Reported projects from other regions of the world (India, Thailand, Honduras, and Bangladesh) have highlighted the advantages of household poultry in improving food security and increasing household welfare (Katilyi, 1998).

A number of diseases affect poultry in Africa, including Newcastle disease, Marek’s disease, coccidiosis, infectious bursal disease, fowl typhoid, cholera, and mycoplasmosis. Internal and external parasites are also a threat. At present, Newcastle disease may be the greatest disease challenge to village chicken production. A variety of factors are associated with the transmission of Newcastle disease in village chickens, including contact between infected and noninfected birds, movement of birds between villages or households, exposure to the natural environment, and flocks with multiple-age birds where older birds continually infect younger birds. Bird-to-bird contact appears to be the most important mode of transmission.

Unfortunately, poultry health programs in village chicken systems are seriously inadequate because little disease-incidence information is available and solid vaccination schedules are lacking. Without reliable epidemiological information on diseases affecting village chickens, it becomes virtually impossible to develop and deliver effective health and vaccination programs. In addition, a lack of diagnostic facilities, along with little or no communication system and poor infrastructure, severely hinder disease surveillance at the village level. As a result, disease outbreaks often go unreported or, at best, underreported (Kaneene et al., 2017).

Modern-day commercial poultry housing is a major input cost, accounting for a large part of the initial capital investment, and must take production efficiencies and bird welfare into consideration. However, housing in many rural African countries, in a village chicken situation, is much different. Typically, little or no housing is provided for the birds. If housing is provided, it is likely made from locally available materials such as wood, sugarcane stems, bamboo, and mud bricks.

Mainstream agricultural and economic activities in most African countries have not, for the most part, seriously considered village chicken production systems. However, a limited amount of quantitative data supports the importance of village chicken production systems in household and national economies. Attempts have been made to introduce modern, high-yielding chicken breeds, and these efforts must continue. However, understanding the production potential of village chickens may be of greater importance and value currently.

Local village chicken production still dominates rural Africa today, even after years of attempts at introducing improved genetic varieties. Therefore, additional efforts should focus on better management, increased marketing opportunities, and improved disease control/vaccination programs to reduce the number of bird losses in the village chicken population. Reducing such losses would have the potential to greatly improve egg and meat production, increase the amount of product available for marketing, and lessen the problem of low production associated with village chicken flocks.

Melewas, J. 1989. The contribution of poultry industry to the national economy. In: Proceedings of the 7th Tanzania Veterinary Association Scientific Conference, TVA 7:13–35.