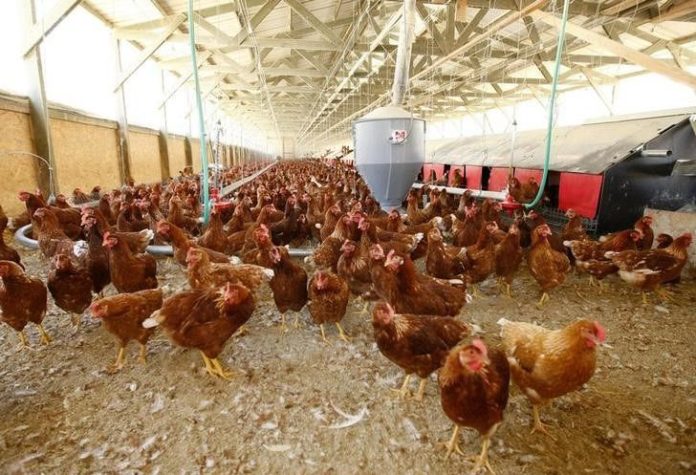 BY HOPE NGO
On the surface, there should have been nothing about the merger between Sanderson Farms and Wayne Farms that triggers alarm bells. After all, both entities have different clients — Wayne Farms is focused on selling to restaurants and the foodservice industry, while Sanderson Farms sells its chicken to retail consumers, per Food Dive.

Although the numbers are compelling, if you are involved in any way with Sanderson Farms, Cargill, or Continental Grain’s Wayne Farms. If you own Sanderson Farms stock, you’ll be entitled to $203 per share, which was set when the deal was first announced in August 2021, and which represented a premium of 11% from the stock’s closing price at the time, per Reuters.

If you were senior management at Cargill or Continental Grain, you’d have paid $4.53 billion in exchange for a 15% share of the U.S. chicken market. And if you were Clint Rivers, CEO of Wayne Farms, you would become the new head of the privately-owned Sanderson-Wayne Farms, per New Food Magazine. Unfortunately, the deal may not look as sweet if you sit on the side of the consumer, as most of us do.

In an op-ed for Des Moines Register, writer Dave Dickey points out that the Cargill-Continental Grain deal is just one of the latest moves to consolidate players within the agricultural space. With the completion of this merger, Tyson, JBS/Pilgrim’s Pride, Perdue, and the new entity will account for 60% of all U.S. broiler chicken production. The result? Dickey says that “the cost of the chicken in your freezer wasn’t so much determined by classic supply and demand economics but by how much money Big Poultry wanted to skim off the top.”

Recent record inflation has fed into concerns that the country’s poultry and meat processors are using price hikes to make money at the consumer’s expense. As a result, they are making record profits, like Tyson Foods did, when it told shareholders that it saw increases in the double digits, per Marketplace. Stephanie Mercier, senior policy adviser at the Farm Journal Foundation says, “I think the evidence suggests that they have taken advantage of the disruption in the economy in general from the pandemic to leverage it, to make use of that market power to raise our prices and to lower what they’re paying up to farmers.”

Pilgrim’s Pride has already been indicted for chicken price fixing, per Reuters. In 2021, the company was slapped with a fine of nearly $108 million after a federal grand jury found it guilty of conspiring to fix chicken prices, then passing that higher cost to buyers.

Pilgrim’s Pride is not alone. The subjects of the merger — Cargill, Sanderson Farms and Wayne Farms — were just fined $85 million for exchanging information regarding worker wages and benefits, per Bloomberg Law. In a statement the DOJ’s Principal Deputy Assistant Attorney General, Doha Mekki, said that “Through a brazen scheme to exchange wage and benefit information, these poultry processors stifled competition and harmed a generation of plant workers who face demanding and sometimes dangerous conditions to earn a living.” Bloomberg Law adds that Sanderson and Wayne were further accused by the DOJ of violating two acts that ban “deceptive practices in poultry markets.”

As Minnesota Farmers Union President, Gary Wertish, put it, “Increased consolidation does not benefit farmers, nor consumers. Instead, it concentrates power into the hands of a few and leaves farmers with fewer market opportunities and consumers with higher prices,” per the Des Moines Register.

When the deal was first announced, no less than 13 Democrat lawmakers including Senators Elizabeth Warren, Cory Booker, and Bernie Sanders, as well as House Representatives Katie Porter, Pramila Jayapal, and Jamie Raskin, had written to the Department of Justice to “raise significant antitrust concerns in an industry already marked by price fixing, labor violations and intense consolidation.” The group added that “the mega merger could increase the major poultry companies’ monopoly and monopsony power, allowing them to raise prices for consumers while cutting pay for farmers and other poultry-industry workers,” per the office of Elizabeth Warren.

The concern was also shared by the American Economic Liberties Project, whose Senior Advisor J.D. Scholten had said in 2021 that “Monopoly power is already strangling the chicken business as it is. Another mega-merger that enriches executives at the expense of farmers, shoppers, and meatpacking workers is the last thing rural America needs right now.”

He adds, “Cargill’s planned roll-up of Sanderson Farms will further entrench the monopolization that poultry giants use to fix prices across the market, trap farmers in abusive contracts, and endanger line workers during a global pandemic.”

Yet, the deal was cleared. All consumers can hope for now, is that Cargill, Wayne Farms, and Sanderson Farms have learnt a lesson about unfair practices.

The Importance of Off-Farm Income to the Agricultural Economy