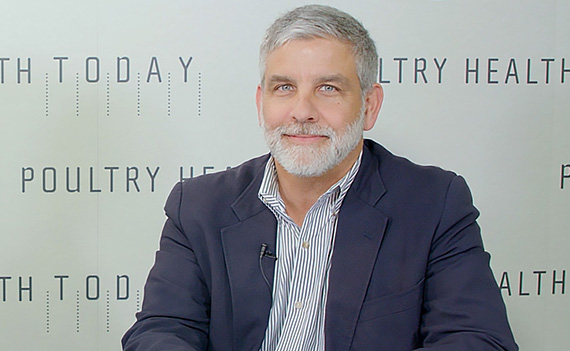 To conduct ASTs, different groups of Eimeria-free birds are infected with field isolates of coccidia. The dosage of coccidia is high enough to cause coccidiosis in untreated controls. The other birds are divided into groups that each receive a different anticoccidial. Theoretically, ASTs will reveal the anticoccidial that will best control the Eimeria found in field samples.

Consider that for ASTs, however, birds are reared in battery cages, not on litter-covered floors. They are challenged by one bolus dose of coccida instead of the continuous exposure birds in commercial barns get.

My professor at the time conducted ASTs for anticoccidial manufacturers and found that ionophores did not perform well even though they were favored by most US commercial chicken integrators. And based on the research I conducted for my thesis, I concluded that ASTs did not accurately reflect the real-life coccidiosis challenge presented to floor-reared, commercial broilers.1

Fast forward to my role as a veterinarian for a commercial broiler production company. I use ASTs. I don’t rely on them alone to select anticoccidials, but I find them helpful. I look at comparisons within anticoccidial classes to see which products might control the coccidia isolated from the flocks I oversee.

For example, among the available ionophores, I look for the product associated with the fewest gross and microscopic lesions of each Eimeria species identified. I compare other classes of compounds separately from the ionophores.

There are several considerations to maximize the benefits of ASTs. Coccidiosis is a parasitic disease that is affected by environmental and population factors. Part of the Eimeria life cycle is outside the host, requiring moisture, oxygen and heat to sporulate.

Drier regions, like Texas and south Georgia, tend to have less intense coccidial challenges than more humid regions like Mississippi and North Carolina. If coccidiosis-control programs are to function for all flocks placed from Texas to North Carolina, then samples should be taken from each region and tested separately.

The next step is identifying the Eimeria spp. that are causing the most problems in each region and bird program. That’s different from simply identifying the species of Eimeria that are most prevalent upon testing. Eimeria acervulina oocysts, for instance, typically outnumber Eimeria maxima, but E. maxima arguably has the most adverse impact on feed conversion and is the most costly parasite if not adequately controlled.

Confirmation that E. maxima is a problematic species will be apparent by the presence of gross and microscopic E. maxima lesions during posting sessions, which are best conducted before collecting litter and fecal samples for oocyst isolation.

The viability of Eimeria spp. oocysts is enhanced if multiple grab samples taken from throughout the house on a farm include fresh fecal droppings and some litter taken along drinker lines. You want enough moisture to keep oocysts alive until they are isolated and tested. Refrigeration and timely shipping are also needed to keep oocysts from dying before isolation at the testing facility.

The time of the year oocysts are recovered can also affect AST results. Decisions about the best anticoccidial to use for the ensuing winter are often made late during summertime, and there’s a push at that time to conduct ASTs. However, samples obtained late in summer tend to be less predictive of the coccidial challenge in winter; it can also be more difficult to gather sufficient numbers of occysts that time of year.

Sampling in the spring — coming out of winter — may be more likely to yield the most pathogenic species of Eimeria affecting flocks as well as a more abundant number of oocysts.

AST results should be compared to previous experience with products used. Product availability has sometimes been an issue and has to be taken into account; sometimes it’s not possible to select the anticoccidial that produces the best AST results.

To sum it up — ASTs are useful, but they seldom model field experience. During my 20 years of experience in commercial broiler production, I have yet to follow through with planned coccidiosis-control programs due to a variety of reasons. Besides issues with product availability, the early onset of heat in spring, lingering heat at the end of summer or excessive rain in winter have required changing plans.

The best indicators of good coccidiosis control remain routine bird health surveys, frequent field visits to observe flocks in place and final flock performance. It’s essential to “listen to the chickens” and make changes as needed to ensure their well-being. ASTs can help predict success, but ultimately, the chickens themselves determine the best path forward.