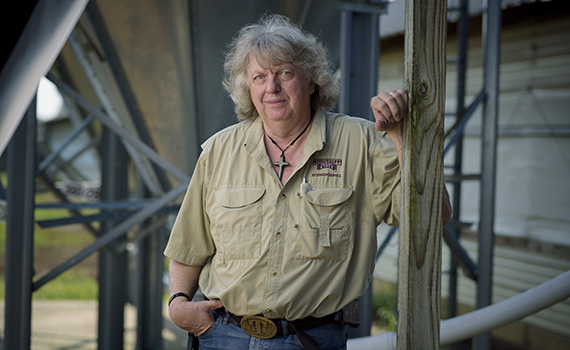 It’s very possible that the introduction of high path avian influenza (HPAI) can occur due to a  break in biosecurity, most likely via infected material being tracked into a barn. HPAI virus is in  the nasal secretions and manure of infected migrating waterfowl. If fecal material from  migrating waterfowl is dropped between two poultry barns and that material is carried on  boots/shoes into the barns, that can start an outbreak.

Service technicians should take extreme biosecurity precautions from their service vehicles to  inside the poultry houses. Even though booted up when the service tech leaves the vehicle, it  would be extremely easy to track through fecal material between the truck and the barn, and then  track this material into the barn. As an added layer of biosecurity, consider having service  technicians add an additional pair of disposable boots at the barn entrance door after  stepping into the footbath.

Do this in a manner such that the extra boot is added at the barn entrance door and that the first  thing the second boot touches is the floor inside the barn and the second boot never touches the  control room floor or footbath until the tech leaves the barn. Do this for every barn on the farm.  While this double booting is additional work, particularly on farms with large numbers of barns,  it is an added layer of protection against tracking the HPAI virus into a barn. The HPAI virus  will not magically appear in a poultry barn. It must be put there somehow. The most likely  method for this to happen is for virus-laden fecal material to be tracked inside by someone  entering the barn from outside.

Until the HPAI threat subsides with the occurrence of continuous warm weather (June/July) we  cannot overdo biosecurity. Biosecurity is our best defense against an HPAI break in Tennessee.  HPAI can be prevented as long as we don’t have a lapse in biosecurity. Take every precaution  possible to protect our flocks and the Tennessee poultry industry