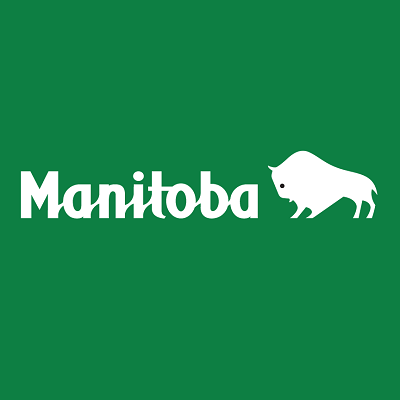 “Poultry Rations and Feeding Methods” was published in 1945 and has stood the test of time surprisingly well. Although some of the diets illustrated in the factsheet are inadequate for modern strains of poultry, many of the recommendations hold true today. As you read this publication, you should be aware of some of the ways in which the feeding of chickens and turkeys has improved in the past 60 years. The major innovations have been the use of soybean meal and commercial vitamin-mineral premixes.

Fish Oils – were one of the few ways of increasing the levels of Vitamin A and D in poultry rations prior to the development of commercial vitamin premixes. People wanting to feed fish oils should take care in choosing the oil that they feed to their birds. Some modern sources of fish oil have been super-fortified with vitamins and vitamin toxicity could result if too much is given to the birds. Also, feeding as little as 1% fish oil (1 lb. oil in 100 lbs. feed) can give a definite fishy taste to the meat or eggs. Finally, fish oil is prone to going rancid and rancid fat can cause vitamin deficiencies and other problems in the birds.

Milk and Skim Milk – were commonly fed to livestock in the 1940’s to help make use of excess milk production from the family cow or the skim milk left over after the cream was sold to a creamery. Because commercial vitamin premixes were not commonly available, milk was a useful, if incomplete, vitamin source for poultry. Modern vitamin premixes offer a wider range and much higher levels of vitamins than possible by feeding milk (or milk and green feed). Milk was also used in the past as a modest source of protein but provided far less protein than supplied by the soybean added to modern rations. Because milk is 90% water and only 3.5% protein, birds must drink large quantities of milk to supply a small portion of their daily needs. For example, a laying hen needs to consume 16 grams of protein each day to maintain egg production and she would need to drink 0.1 litres a day just to supply ¼ of this daily requirement. (This is basically the amount recommended in “Poultry Rations and Feeding Methods”).You would need to keep the milk trough full (and the water trough empty) for half of each day for the hens to drink this much milk. This amount of milk would supply only about 3% of the calcium needed for good shell quality. Such high levels of milk may cause diarrhea because birds produce low amounts of the enzyme needed to digest milk sugars.

Pasture – when green and succulent, will provide a good source of certain vitamins such as Vitamin A. Modern vitamin premixes used in purchased feed, however, provide higher levels of vitamins than pasture (or pasture and milk). It should be remembered that fresh grass is 75% moisture and while birds will eat lots of it, the grass will only account for up to 10% of their dry matter intake. Because the grass is less digestible than most ingredients used in poultry diets, it will supply only 5 to 10% of their nutritional needs. Birds on pasture should be fed a complete, balanced diet and the nutrients from the grass should be treated as a bonus. It would be foolish to believe putting your birds out on pasture will let you feed cheaper or poorer quality rations. On farms which do not have adequate or properly ventilated barns, the major benefit of pasturing the birds will be the improvement in environment, not nutrition.

Salt – was often fed, in the 1940’s, at levels high enough to cause watery droppings. The high salt level may have been related to the practice of “flushing” the birds to help prevent or cure an intestinal disease called coccidiosis. When they flushed their birds, people used to give them diarrhea by feeding high levels of bran, milk or other ingredients associated with wet droppings. Unfortunately, this practice was not highly effective and acted as a harmful stress on birds that were already sick. Modern diets contain less salt to help prevent wet litter and, in broilers, heart problems.

Wet Feed and Soaked Grain – will be consumed at higher levels than dry mash feed. To prevent spoilage, however, you should prepare the ingredients fresh each day and make sure that none is left in the feed troughs at the end of the day.

Amount of Starter Diet – Modern broiler chickens grow faster and will eat much more in the first six weeks than the two pounds of feed suggested in “Poultry Rations and Feeding Methods”. For more up to date information, see the factsheet, “Basic Feeding Programs for Small Chicken Flocks”, on the Manitoba Agriculture and Food website.

Chick Starter – The chick starter diet formulated in “Poultry Rations and Feeding Methods”, will produce slow growing but reasonably healthy chicks. The uniformity of the birds may suffer and they may feather a little slower than normal. The fish meal and meat meal included in the starter are important for feathering, growth and bone development. The salt level is higher than recommended today; if you have elevated salt in the drinking water, these salt levels in the feed may result in watery droppings or even heart problems. The addition of a commercial vitamin-mineral premix and a coccidiostat would be beneficial.

Chicken Growing Ration – “Poultry Rations and Feeding Methods” does not recommend feeding the grower ration until eight weeks of age. As long you do not feed this ration before eight weeks of age, the birds will grow slowly but satisfactorily. The protein is lower than some roaster diets and the birds may be fatter than normal. The meat meal is important for growth, fleshing and bone strength. The salt in the diet is high and will cause watery droppings and some heart problems. The use of a modern vitamin-mineral premix would be helpful to the birds.

Chicken Fattening Ration – The chicken finishing ration is basically straight grain. It must be remembered that in the 1940’s, chicken would not reach market weight until 16 weeks of age and would not be placed on the fattening ration until 12 to 14 weeks of age. Modern birds can achieve the same market weight at six weeks of age and, because they are still fairly young, need to stay on a diet higher in protein than this fattening ration. Feeding straight grain is not recommended and chickens should never be fed just grain until they are at least 10 weeks old. Excess fatness, reluctance to walk, disease and even cannibalism are some of the problems associated with feeding an all grain “chop”.

Turkey Starter – The turkey starter diet in “Poultry Rations and Feeding Methods” is very low in protein. Poor feathering, poor uniformity, and increased health problems may occur if this diet is fed to modern turkeys. Birds fed this diet may be stunted. The protein in the starter diet would be adequate for birds that are 10 weeks old or older. The salt and calcium levels are high and may result in “runny” droppings. The addition of soybean meal, a vitamin-mineral premix and a coccidiostat would be very beneficial.

Laying Hen Rations – The success of the laying hen rations in “Poultry Rations and Feeding Methods” will depend largely on the birds’ feed intake. If you have a flock of 100 hens and the birds eat 13 kg or 28 lbs. of feed each day, the birds with consume enough nutrients to maintain basic egg production. With some modern strains of laying hens, 100 birds will only consume 10 kg or 22 lbs. of feed a day. At this low feed intake, the amount of protein and calcium consumed will be inadequate for normal egg production and shell quality. A modern vitamin-mineral premix is helpful but will not overcome the nutritional problems if feed intake is low. Due to the low protein content of these diets, modern hens may become fat and susceptible to prolapse and hemorrhagic fatty liver syndrome.