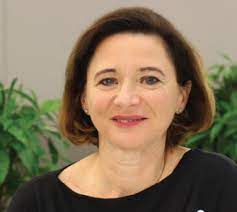 Vaccination has been shown to protect broilers from E. coli infection. But is it worth the cost?

According to recent studies, E. coli vaccination may actually help broiler producers boost their bottom lines. In an analysis of field trial data from Italy and the US, a live E. coli vaccine consistently improved a range of production parameters, resulting in economic benefits that more than covered the vaccine’s cost.1

Speaking to Poultry Health Today at the 2019 World Veterinary Poultry Association Congress in Bangkok, Silvia Alberti, DMV — a poultry veterinarian at Zoetis — said E. coli is generally considered a secondary pathogen. As such, E. coli management in broilers typically relies on controlling primary infections and treating them with antibiotics as needed. But as the industry comes under pressure to reduce antibiotic use, alternative approaches are gaining interest, she added.

“Vaccination…is an alternative [that] has been proven on several occasions to protect animals [from] different challenges in which E. coli is involved,” she said.

“But the main question that we receive from producers is the cost-benefit — because introducing a new vaccine is a cost. Even if the focus is on prevention…they have to justify at the end with economic benefit.”

To measure the pay-off of E. coli vaccination in broilers, Alberti and colleagues from Zoetis conducted field trials in more than 32 million broiler chickens in Italy and the US. Approximately one-third of the chickens were given a live E. coli vaccine (Poulvac® E. coli) by spray at 1 day of age, with the remainder serving as control (Table 1).

Table 1. Number of broiler chickens included in trials in Italy and the US

Various performance and economic benefits were measured, including cost, mortality, condemnations and feed conversion. Comparisons were then made between vaccinated and non-vaccinated cycles on the same farms.

Results from both the Italian and US trials demonstrated improvements in feed conversion and overall livability, and reductions in condemnations and flocks affected by high mortality. In Italy, while 53% of the controls required antibiotic treatment, almost none of the vaccinated flocks needed antibiotics at any point (Table 2).

According to Alberti, the sum of improvements across all measured parameters led to cost savings that more than paid for the cost of the vaccine and its administration.

“We saw that even if the improvements were small…there was always a consistent improvement, which was exactly the same experience [of] US colleagues have,” Alberti explained.

“Even if our observations weren’t enough to make a statistical analysis, the consistency of observations between different geographical areas makes us confident that is something very interesting also for the other markets.”

Now, Alberti added, producers are asking for the vaccine directly and are often willing to pay for it even when integrators aren’t. This reflects not only the cost savings demonstrated, she said, but also other improvements, such as decreased lameness and increased homogeneity. This means that fewer birds need to be culled, resulting in greater productivity overall.

“In practice, also their work is much easier,” she concluded, “because they can concentrate on the main things which are important in producing the animals.”