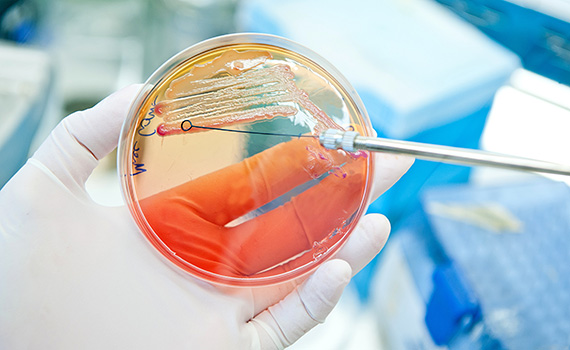 The study, conducted in three experimental farms and published in the journal Animals,1 also showed that E. coli vaccination does not interfere with vaccination against turkey rhinotracheitis (TRT).

Part of the work was influenced by previous investigations that suggested an increased susceptibility of Eimeria spp. to coccidiostats after the introduction of a live vaccine, Marcin Śmiałek, PhD, who led the research, explained.

The present study involved three experiments: one at a no-antibiotic-ever (NAE) broiler-chicken facility and two at conventional broiler-chicken and turkey farms. In the conventional facilities, no antimicrobials were administered for at least 10 days after vaccination, and both the vaccinated and the control birds were subjected to the same antibiotic treatment program.

Notably, all E. coli strains identified initially at the NAE farm were found to be multi-resistant when tested against 20 antimicrobials, despite years without any antibiotic use. By the end of the study, however, after three production cycles with E. coli vaccination at first day of age, 100% of strains were multi-susceptible, and this trend continued into production cycles after vaccination had been withdrawn. Higher antimicrobial susceptibility following vaccination was also observed on the farms following conventional production practices.

“It is worth emphasizing that none of the E. coli strains isolated from vaccinated birds displayed the same susceptibility profile as the vaccine strain did, which allows us to conclude that in our study the observed increased susceptibility was not caused by simple vaccine-strain re-isolation,” Śmiałek said.

“One reason that we may see increased sensitivity from the field isolates when the vaccine is used could be because the vaccine protects against the more virulent isolates, which presumably are also the more antibiotic-resistant isolates since a proficient pathogen is often virulent and resistant to antibiotics at the same time.”

Śmiałek acknowledged that more work is needed to fully explore these relationships.

“Our idea now is to try to replicate the results that we obtained in the field but looking further into the populations of E. coli. We will look into the genetics, the presence and level of expression of antibiotic-resistant genes in the population. We have some initial, unpublished data which is promising, but we need to validate this on a larger scale,” he said.

Increased susceptibility has value for industry

Veterinarians working with the flocks reported that if it ever became necessary to give antibiotics to birds that had been previously vaccinated with Poulvac® E. coli, the birds performed better and recovered from disease more quickly.

“We are living at a time when farm-animal production will have to decrease its usage of antimicrobials, and we can see that the resistance to the antimicrobials is still increasing in the field. Once you combine those two things, you get a decrease in the number of antimicrobials that you can use, and the ones that are left are not really that effective anymore,” he noted.

“Once we start to vaccinate the birds against E. coli, and you see the increase in susceptibility, we can decrease the usage of the antimicrobials and the bacteria will be more sensitive to those that are in use.”

A decrease in E. coli populations in internal organs after vaccination was seen over the course of the research, though not in the upper respiratory tract. Śmiałek suggested this is due to the vaccination stimulating the immune system in this area — the “gate” of the infection — which allows the pathogen to be present on the mucous membrane of the tract but not penetrate through to reach other parts of the body.

“We didn’t record any influence on the efficacy of the vaccination against either of the diseases: For the E. coli, we still saw that increase in susceptibility from the field strains. Meanwhile, the TRT-vaccinated house was compared against the control house with serological tests, and there were no differences in the level of antibodies against the disease,” he said.

Based on the findings of this research and previous work by his team, Śmiałek believes that vaccination of broiler chickens and turkeys against E. coli “should be considered in terms of a  standard procedure.”