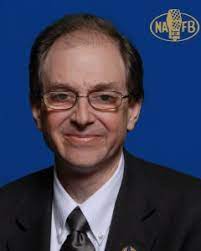 It was 1979, and the hamburger was safely secure atop the fast food menu. While there were many variations, all hamburgers began with ground beef. If you wanted chicken, you had to visit Colonel Sanders, who had the only major fast food chain with fried chicken atop the menu and no burgers at all.

But the clouds were on the horizon and the chicken revolution was about to explode on the industry, bring with it a major change in the American diet, and reenergize the poultry production industry.

It started innocently enough with the introduction by McDonald’s, big daddy of burgers, of the Chicken McNugget. Chicken McNuggets were conceived by Keystone Foods in the late 1970s eventually leading to their introduction in select markets in 1981. A native of Luxembourg had created the recipe in 1979, and the nuggets were made available worldwide by 1983. They were in instant hit with consumers. “The McNuggets were so well-received that every franchise wanted them,” said McDonald’s first executive chef, René Arend in a 2009 interview.

Soon competitors were offering their own nugget version which led to a serious problem – there was not enough chicken to supply the nuggetmania. Poultry farmers, used to focusing on birds with meaty breasts and legs, now had to produce birds with meat suitable to make nuggets.

The original nugget was made with an innovative process that deconstructed the meat down the molecular level and then reconstructed it into nugget form. (This process was later used to produce the McRib, the first pork sandwich to make it on the McDonald’s menu.) Facing activist group criticism and competitive pressure, McDonald’s has made some changes to the McNugget manufacturing and cooking process, and today’s McNugget is quite different in texture and flavor than the original.

This was just the beginning of the chicken takeover of the fast food menu. During the 1980s, the beef and pork industries came under increasing criticism over their fat content. Chicken was seen as the healthier alternative, and per capita chicken consumption skyrocketed. The industry responded with massive product innovation, not only in the restaurant trade but in the meat case as well. The chicken sandwich is on nearly every fast food menu. There are entire restaurant chains dedicated to chicken wings. In many grocery stores the chicken case is larger than the beef and pork meat cases.

Meanwhile the beef and pork industries urged cattlemen and pork producers to raise animals with less fat to produce a leaner product. The problem then surfaced; when you make a fast food burger with lean ground beef, you get a tougher, less flavorful product. Bacon to the rescue! Chefs discovered that if you put bacon on a burger you get great flavor. Thus bacon, which had been out of favor since the 1960s, was back on the menu and has achieved cult status today.

This bit of history demonstrates the power that innovation can have on consumer food demands and agricultural production. Innovation in food production and processing is going on at an amazing rate. Advances in food preservation, gene editing, plant-based processing, animal breeding, packaging, and transportation are changing and will change what we produce, how we produce it, and what the market will demand. Recognizing these trends and reacting to them will be part of the planning those of us in agriculture will have to do to stay relevant and profitable.