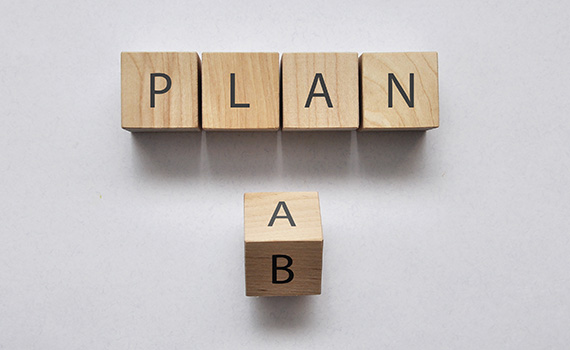 Work over the last few years has shown that the use of both modified-live virus (MLV) and recombinant vaccines is a viable part of strategies to tackle the disease. But peaks in ILT prevalence have been known to lead to vaccine shortages due to the intermittent nature of the condition, with manufacturers facing issues in planning production to meet demand.

With continued wild-type challenges in the field, those in the industry are faced with a choice of two vaccination options with proven results — with different priorities affecting the final decision made.

Providing immunity when an outbreak rages

Although ILT has not proven as much of a problem for Wayne Farms as for others recently, it was a “top-five disease” for the company only a few years ago, explained Mark Burleson, DVM, its director of veterinary services.

With production of a large number of older birds in an area where the disease has historically been prevalent, chicken-embryo-origin (CEO) MLV vaccines have generally — but not exclusively — been employed.

“We’ve used it primarily to provide immunity to otherwise at-risk, naïve birds where an ILT outbreak is starting or ongoing. In the past, when we’ve hesitated to use CEO vaccine and relied on recombinant vaccines alone, those birds would typically break with ILT and become a source of further viral spread,” he said.

“I use the analogy that using CEO is the best way to put out a fire that’s already raging. Other vaccination methods alone, in my experience, have a harder time doing that.”

Their vaccination approach has typically resulted in immunity developed 2 weeks post-vaccination, as assessed by virus-neutralizing antibodies, and measurable bird performance is rarely affected.

“We are typically vaccinating chickens that will be processed at 8 to 9 weeks, so the bird performance comment may not be shared by those processing younger chickens,” he stressed.

“To maximize immunity and reduce impacts on bird performance, one has to specifically focus on dosage, route and uniformity of vaccine administration,” he said.

Wayne Farms has successfully used both types of vaccine as part of its overall strategy, with CEO vaccine given to at-risk farms and a recombinant to the rest.

“If CEO vaccine is treated as the live ILT virus in terms of administration, vaccination zones, biosecurity, etc., it can co-exist with recombinant vaccines,” he added.

“Ultimately, ILT vaccine selection boils down to risk. When risk drops to a manageable level, I think it’s responsible to transition away from CEO vaccine. The longer the live virus stays in the environment, the greater risk there is to infect a naïve flock of chickens.

“It’s important to understand that during the transition off a CEO vaccine, any farm that received the live vaccine must be treated as an ‘infected’ farm until the vaccinated flock is processed.  This includes the litter the flock was raised on as well.”

“Being in northeast Georgia, surrounded by a multitude of companies, ILT can be a huge risk for our birds. Neighboring broiler companies with differing vaccination strategies, along with other types of production companies, create a very diverse environment to attempt to control ILT virus,” she said.

“We believe vaccination against ILT is an insurance policy. The aim is to have the majority of our birds protected either before, or by the time, ILT begins to circulate around the area; this means that we will incur a higher vaccine cost during a ‘quiet’ or ‘unchallenged’ time.”

A number of years ago, Fieldale did use MLVs, using a sump pump to vaccinate water-starved birds but would lose 1.5 days of growth and around 4 to 5 points in feed conversion, she explained.

“Immune response with a recombinant vaccine shows a peak between 3 to 4 weeks of age, which coincides with the birds’ susceptibility to the ILT virus,” she added.

There are drawbacks in using recombinants, however. A lack of protection against overwhelming viral challenge is one, she said, while producers of larger birds, such as Wayne Farms, can find that antibodies wane toward the end of birds’ lives, creating “a very susceptible, very expensive situation” if the flock becomes infected.

Tilley would consider employing a strategy using both MLV and recombinant vaccines should the company face an overwhelming viral load or if birds were becoming infected before developing appropriate immunity.

“An MLV vaccine could be used in the face of an outbreak to decrease clinical signs and mortality; this would ensure that the entire flock would then be put on the same playing field and develop a better immune response,” she said.

Given that recombinant vaccines don’t offer lifelong immunity to ILT, if the size of Fieldale’s birds increased substantially, a change in vaccination strategy may be considered, but the location of production facilities would also be factored in.

“Currently in northeast Georgia there are too many other companies that could experience severe adverse reactions if we were to utilize an MLV vaccine,” Tilley added. “Litter spread, aerosol transmission via exhaust fans or breaks in biosecurity from growers or supervisors can spread the vaccine virus to our neighbors and the problem becomes a wildfire.”

It’s fair to say that there is no perfect ILT vaccine, but having a choice means a certain flexibility for producers in affected areas.

“The most important thing I’ve learned over the years is to keep an open mind on ILT-control strategies,” Burleson said. “Just when you think you’ve got it figured out, you will be proven wrong.”