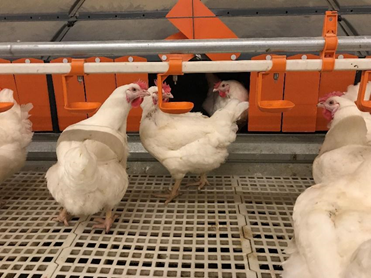 Has chicken flown the coop?

The nation’s chicken wars and cravings for comfort food during the pandemic have made poultry so scarce and expensive that some restaurants are limiting or running out of chicken sandwiches, wings and tenders. Others are considering changes to menus and promotions.

Heavy winter storms took a larger bite out of supply. While some restaurants have not been able to meet demand, it’s unclear if and how the low supplies will affect consumers in the grocery store.

The poultry industry is tamping down growing alarm over a chicken shortage with National Chicken Council spokesman Tom Super saying there was a “very tight supply but short of a shortage.”

“Yes, supply is somewhat tight, but the sky certainly isn’t falling,” Super told USA TODAY. “Chicken producers are doing everything they can to overcome the devastating impact of Mother Nature when she inflicted the once-in-a-lifetime winter storm on Texas and nearby states – major chicken producing regions.”

According to the U.S. Department of Agriculture, broilers – chickens raised for meat – slaughter was down 4% in the first quarter of 2021, with pounds produced down 3%. Production began picking back up in early April, Super said, and there’s been an increase in production over the past month.

Super said the chicken sandwich wars led to an increased demand for breast meat –McDonald’s, KFC, Wendy’s and Chick-fil-A have recently added new sandwiches, and Burger King and Taco Bell plan to add new sandwiches later in the year. But he added the past year alone has shown the U.S. appetite for wings is “pandemic proof.”

“Wings travel well and hold up during delivery conditions. Plus, they aligned with consumer desire for comfort food during the pandemic,” he said. “Chicken production remained steady in 2020, and as long as people are sitting around watching TV and maybe drinking a beer, wings will remain in the game.”

Get the Coronavirus Watch newsletter in your inbox.

Stay safe and informed with updates on the spread of the coronavirus.

Wings, like any other food commodity, can fluctuate dramatically in price over the course of the year. Typically, wing prices reach their highest point in the weeks leading up to the Super Bowl, then decline thereafter.

Super said producers are working to meet the growing demand for chicken products. But with demand so high, even small gaps in the supply of wings can cause big fluctuations in price.

Some restaurants across the country have had to cut wings and certain specials from the menu or adjust prices higher to meet the market.

Buffalo Wild Wings said on Twitter Thursday that many of its sports bars have a limited supply.

“We’re working to get more in stock and encourage you to try some of our other items like boneless wings, hand-breaded chicken sandwiches or burgers,” the chain said in a tweet responding to a customer who asked if it was out of chicken.

Last week, Bojangles tweeted it was “experiencing a system-wide shortage 🙁 But they will be back soon!” when one customer couldn’t find Chicken Supremes. Bojangles didn’t immediately respond to USA TODAY’s request for comment Thursday for an update.

And the high prices are causing some restaurants to make changes and plan for the future.

O’Brien’s Pub in Newport, Rhode Island canceled its weekly Monday Night Wing Night until further notice because the unexpected shortfall in supply would cause the pub to sell the discounted wings at a loss.

“We knew it was coming, but it was really abrupt. I mean Monday Night Wing Night is just a staple, and it’s really a difficult pill to swallow,” Kerrie Philbin, the pub’s general manager, told Newport Daily News, part of the USA TODAY Network.

Dianne Dulac, co-owner of the Pub at 2 Mile Corner in Middletown, Rhode Island, said her pub could consider removing wings from their online and takeout menus if wing prices increase to a certain threshold so they can keep up with the cost through in-house beverage and other food sales.

“It’s definitely something that we’re anticipating,” Dulac told the Newport Daily News. “There’s just really no light at the end of the tunnel. Actually, as the weeks go by, it’s progressively getting worse. It’s getting tougher and tougher.”

Super said the industry produces tens of billions of wings annually, and producers are working to add millions more.

“As chicken production begins to resume back to a more normal pace of output in the coming months, and there is a better supply/demand ratio, the market tightness should ease,” he said.