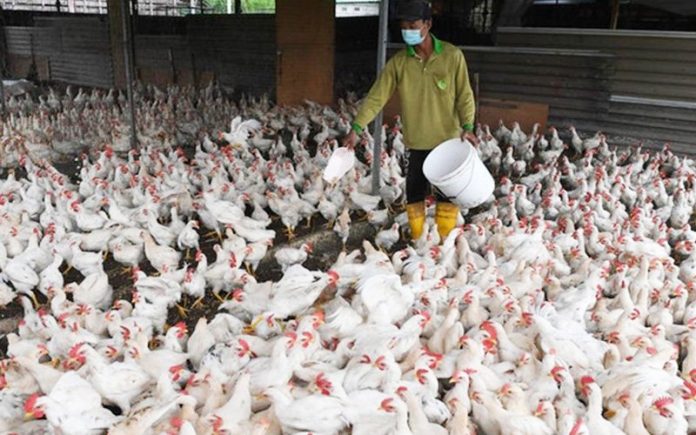 The plantation industries and commodities ministry will increase efforts to promote the use of palm kernel waste as animal feed to ensure a more sustainable supply of chicken in the long run.

Zuraida said it had been reported that chicken feed had gone up from RM500 per tonne to RM,1900 per tonne in some cases.

“As a result, chickens are being fed less, causing them to grow slower than normal, in the process restricting the supply of the birds,” she said in a statement today.

“Malaysia imports most of its chicken feed, which is mostly made of grain like corn and soybean.”

She said these items were facing a worldwide shortage due to the war in Ukraine and uncertain weather patterns.

Research has shown that feeding fermented palm kernel cake and high dietary fat to broilers can be a good substitute for the imported feed, which almost all commercial chicken farms use today.

“The ministry will hold discussions with other stakeholders to review our export policy on palm kernel cake in favour of local broilers,” she said.

She said this product was mostly being exported for the European cattle industry.

The ministry will work with the relevant agencies, government-linked companies and state governments to urgently look into how it can quickly ensure the availability of palm kernel waste as animal feed for the Malaysian poultry industry.

Prime Minister Ismail Sabri Yaakob recently announced that exports of whole chicken would be banned from June 1, while import permits for chicken and wheat would be abolished as part of measures to stem a chicken shortage.

A buffer stock for chicken will also be created and the government is to make optimum use of cold storage facilities of the agriculture and food industries ministry and its agencies.