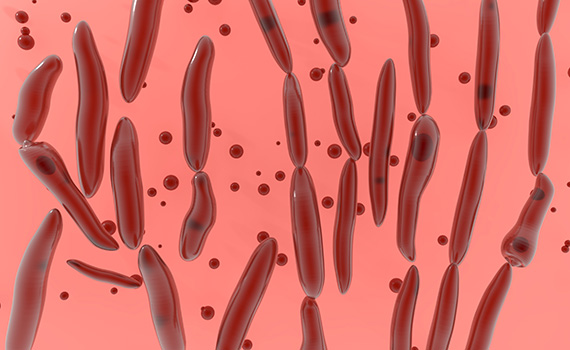 Botulism might not be a common occurrence in poultry production, but when it infects a flock, mortalities can be high.

That was the situation Sara Throne, DVM, senior director of veterinary services for Simmons Foods, recently faced in Arkansas — though arriving at a clear diagnosis was not straightforward.

Called by a breeder farm on a Sunday, she was told that one house on the four-house breeder farm was experiencing mortality in birds at 27 weeks of age — with 700 dead that day, and both hens and roosters affected. Although house one and two were connected via an egg room and shared feed deliveries, only house two was affected.

Throne faced a “mixed bag” of clinical signs, including birds with difficulty breathing and reluctant to walk and others “stargazing” or suffering tremors, while they tended to be lined up against the scratch area. The vent area of affected birds was very wet, with lots of urate staining.

“Hindsight’s 20/20; that was an important point,” she explained in a session at an Association of Avian Pathologists event.

After posting birds, no clinical signs were observed, and most hens were in production with an egg in the oviduct.

“You want to believe that common things happen commonly,” Throne continued. She went through a list of possible causes including heat exhaustion and feed intoxication. Although it had been warm, and the farm was under new ownership, the signs didn’t suggest heat was a factor, while a house receiving the same feed as the one affected showed no signs of disease.

Steps needed to be taken to rule out exotic diseases, she explained. Tracheal swabs were taken and rapid polymerase chain reaction tests were carried out swiftly thanks to a good relationship with the University of Arkansas, ruling out avian influenza and Newcastle disease. On initially arriving at the farm, the breeder had suggested botulism, which now became the main area of focus.

“Botulism was obviously at the top of our list, so we walked the houses inside and out looking for dead carcasses, stagnant water; we inspected the inside of the feed bin and scratch area and couldn’t find anything that would have led to there being botulism in that house,” she said.

The birds were started on a penicillin treatment, but 2 days later, strong clinical signs of botulism, including neck paralysis, were visible, she said, while females were regressing. A further 2 days down the line there was not the sharp decline in mortality expected, so a decision was taken to euthanize moribund birds.

“We felt like we’d given them enough opportunity to get to feed and water that had medication,” she explained. “If they were going to get better they had that chance. We really wanted to clean up the flock to see what we had.”

Following the cleanup, remaining birds were restarted on penicillin — though with antibiotics still not quite making the inroads expected, further sampling of liver, spleen and kidneys was carried out, she said, albeit with no significant changes observed in the tissues. A colleague with expertise on water quality was brought in to carry out water sampling, though this too did not provide definitive answers.

“There was really low-level growth, mostly Bacillus organisms, but no silver bullet, nothing that really stood out for us as abnormal,” she added.

Seeking firm proof of botulism, blood samples were collected and sent to the company’s diagnostic lab, which sent them on to USDA Ames. They confirmed botulism neurotoxin C.

Following consultation with colleagues, treatment with tylosin was started just after 30 weeks of age and again after 35 weeks.

“We expected to be continuing every 4 to 6 weeks, but this was our last treatment. Mortality stayed down and they stayed in production until January 2021, so I think the combination of the penicillin and tylosin really did knock it out.”

There was a large drop in egg production around week 28, but by the late 30s, house two was outperforming house one. With normal service restored, the outbreak remained unexplained — but there was ample opportunity for reflection.

“I learned that sometimes it’s best to spend the money to get that definitive diagnosis very early on in the process,” Throne added.

“It was great to see the team really pull together to make sure that we took care of the birds and also to take care of that grower.

“I also learned about the great partnership that we have with our diagnostic labs, to be able to solve problems and really protect the larger industry when we were worried about exotic disease.”

Brazilian poultry doesn’t cause many Salmonella infections in UK