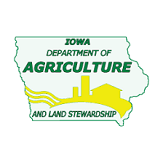 According to the U.S. Centers for Disease Control and Prevention, the recent HPAI detections in birds do not present an immediate public health concern. No human cases of these avian influenza viruses have been detected in the United States. It remains safe to eat poultry products. As a reminder, the proper handling and cooking of poultry and eggs to an internal temperature of 165 ˚F kills bacteria and viruses.

“We recognize the threat HPAI and other foreign animal diseases pose to Iowa agriculture,” said Secretary Naig. “We have been working with USDA, livestock producers and other stakeholders to develop, test and strengthen our foreign animal disease preparedness and response plans since the 2015 HPAI outbreak. While a case like this is not unexpected, we are working with USDA and other partners to implement our plans and protect the health of poultry flocks in Iowa.”

All bird owners, whether commercial producers or backyard flock owners, should practice good biosecurity, prevent contact between their birds and wild birds and report sick birds or unusual deaths to state/federal officials. Practicing good on-farm biosecurity is the best way to keep livestock healthy. Biosecurity resources and best practices are available at iowaagriculture.gov/biosecurity.

HPAI is highly contagious, viral disease affecting bird populations. HPAI can travel in wild birds without those birds appearing sick, but is often fatal to domestic bird populations, including chickens and turkeys. The virus can spread through droppings or nasal discharge of an infected bird, which can contaminate dust and soil.

Signs of HPAI include:

*Sudden increase in bird deaths without any clinical signs

*Lack of energy and appetite

*Soft- or thin-shelled or misshapen eggs

*Swelling of the head, eyelids, comb, wattles, and hocks

*Purple discoloration of the wattles, comb, and legs

If producers suspect signs of HPAI in their flocks, they should contact their veterinarian immediately. Possible cases should also be reported to the Iowa Department of Agriculture at (515) 281-5305.

About the Iowa Department of Agriculture and Land Stewardship

Led by Secretary Mike Naig, the Department of Agriculture and Land Stewardship serves the rural and urban residents that call Iowa home. Through its 14 diverse bureaus, the Department ensures animal health, food safety and consumer protection. It also promotes conservation efforts to preserve our land and enhance water quality for the next generation. Learn more at iowaagriculture.gov.