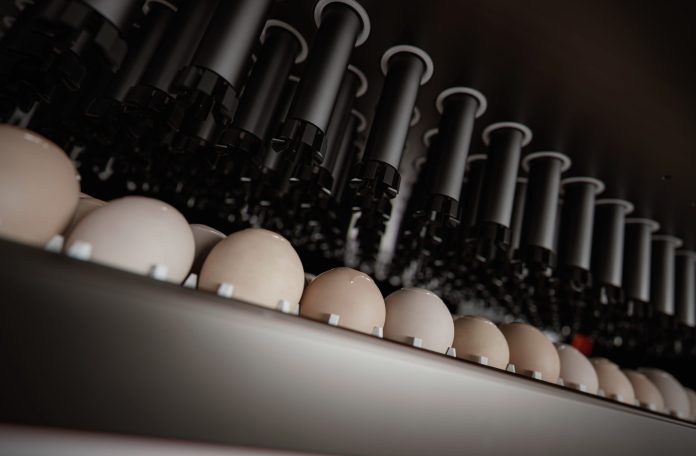 Poultry veterinarians should not get hung up on the level of plaque-forming units (PFUs) to determine the strength of recombinant Marek’s vaccines, according to Isabel M. Gimeno, DVM, PhD, professor, North Carolina State University.

Gimeno frequently fields questions from veterinarians who ask about high PFU levels of herpesvirus of turkey (HVT) vaccines. They assume that the higher the PFU level, the greater the protection. In some cases, they also use PFU levels to determine the vaccine’s possible dilution rate. PFUs are not a measure of vaccine efficacy, however.

“A PFU doesn’t tell you necessarily about protection. And there is no magic PFU number because [a correct level] depends on the product,” she told Poultry Health Today.

“If a vaccine has a 5,000 PFU level, that vaccine will probably require that many PFUs to protect the animal — not 1,000 PFUs,” she said.

PFU unique to each vaccine

The amount of PFUs per dose relates to how adapted the vaccine virus is to cell culture.

“Marek’s disease vaccines are cell associated,” Gimeno said. “Even though they have the same name (HVT, CVI988, etc.), each company has its own seed virus and will do several passages to get to commercial levels. The difference between companies is mainly in the seed virus and how well adapted it is to growing in the cell culture. The more adapted the seed virus, the higher PFUs per dose can be obtained.

“Some HVT viruses grow in their cell culture very fast but then grow so much that the cell that bears the infection detaches and the virus dies,” she said. “These are not going to give you a lot of PFUs in the vaccine, but they replicate very well in the bird. There are other viruses that because they are more adapted to growing in cell culture, they tend to stay in the culture longer and have more PFUs.”

She urges producers to focus on the manufacturer’s recommended dosage for an HVT vaccine and not dilute it based on its PFU level. Any change in the recommended dose could result in subpar results, as shown in a 2016 study Gimeno conducted.1

The study compared different HVT products including one conventional and three recombinants administered in ovo. The vaccine dose was set at 1,500 PFU, the minimum level required in the EU. In the US, the minimum is 1,000 PFU per dose.

Increasing the dose also might not be good in some cases. Adding a very high dose of Marek’s disease vaccine (i.e., CVI988) when mixing with a recombinant HVT (rHVT) will result in reduced replication of the rHVT. Instead, follow manufacturer recommendations.

“Don’t think that because a vaccine has a particular PFU that every single dose has this PFU,” she said. “It doesn’t work that way. There’s a lot of variability. We published a paper that shows the PFU dose-to-dose variability in each vial is between 10% to 34%.2

“It’s very important to keep in mind that Marek’s vaccines are cell associated, and we have infected cells,” she explained. “In a vial, a low percent like 5% to 20% of the cells have vaccine virus inside.”

Because these vaccines contain live cells, they must be handled carefully and manufacturer instructions followed to obtain the best protection.

“The moment you reconstitute your vaccine, you have the maximum number of PFUs for that vaccine,” Gimeno said. “After that they start dying. If you’re very lax, use antibiotics and don’t mix it well, it’s going to be very inconsistent. Some chickens might not receive enough dosage to confer protection.”

“Overall, these vaccines can give you up to 99% protection,” Gimeno added. “They are really good vaccines. But cutting corners won’t help.”

She noted that recombinant vaccines generally offer protection against Marek’s disease and insertions against one or two different viral diseases, such as Newcastle, infectious bursal disease and infectious laryngotracheitis.

In the end, Gimeno recommends taking great care with these vaccines by avoiding over dilution, mixing well during processing, not adding antibiotics to the vaccine and completing vaccination in under an hour. “If you do this, the vaccine is going to work at its best,” she said.