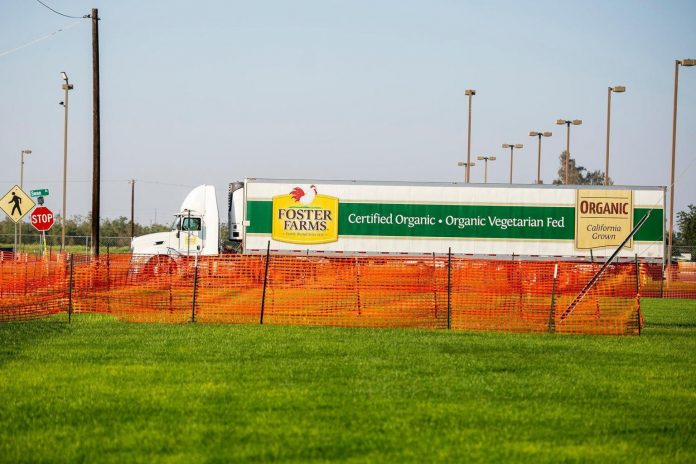 The Merced County Health Department ordered the Foster Farms Livingston Facility to shut down over the largest and most severe COVID-19 outbreak in Merced County, according to a statement released on Thursday by the health department.

It wasn’t immediately clear how Foster Farms would respond to the shutdown order. A man who answered the phone at the Livingston plant on Thursday afternoon said they had no comment and hung up.

Vehicles, including trucks with Foster Farms’ logos, were seen entering and exiting the Livingston facility after 6 p.m. Thursday, and the facility’s gates were open.

In a statement Thursday, officials described the Foster Farms outbreaks as the “most severe and long lasting” in Merced County.

“Foster Farms’ poultry operation in Livingston, California, has experienced an alarming spread of COVID-19 among its workers. Nobody can ignore the facts: It’s time to hit the reset button on Foster Farms’ Livingston plant,” California Attorney General Xavier Becerra said in the written statement.

The California Department of Public Health also issued a statement to support the county’s action.