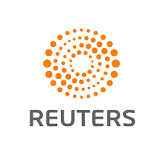 Type H5N8 bird flu has been confirmed in another poultry farm in north Germany, German authorities said on Monday.

The case was found on a small chicken farm in the Kreis Segeberg area the northern state of Schweswig-Holstein, the Segeberg local government authority said in a statement.

The 36 chickens on the farm have been ordered to be slaughtered and poultry on nearby farms will not be allowed outside, the authority said.

A series of outbreaks of the disease have been reported in Europe in past weeks. Wild birds are believed to be spreading the disease.

Type H5N8 bird flu was found in another farm in Schleswig-Holstein on Nov. 5.

The Netherlands, Europe’s largest exporter of chicken meat and eggs, ordered the culling of over 200,000 chickens after bird flu has been found on several farms since late October.

Britain ordered a cull of 13,000 birds at a farm in northwest England after detecting cases there.

Risk to humans from the disease is considered low.