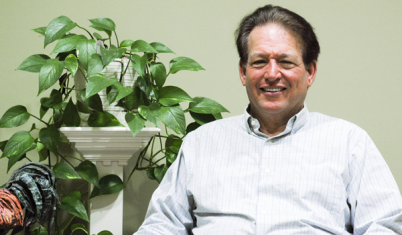 Getting back to basics with bird and house management is key to overcoming coccidiosis and other health issues affecting producers using no-antibiotics-ever (NAE) systems.

However, identifying improvements to nutrition, biosecurity and litter quality means the industry is capable of making significant progress in tackling the diseases.

“Basic health management, along with biosecurity, goes a long way,” he said.

Speaking to Poultry Health Today, Giambrone said many producers have already taken a major step by recognizing that NE is not just secondary to coccidia but also to other issues that can irritate the intestinal tract, such as dietary fiber and feed-particle size.

This has prompted many in the industry to look at improving bird diets through reducing the use of distiller’s dried grains with solubles (DDGS) in feed and introducing better enzymes for fiber digestion, as well as vaccinating birds against coccidiosis in the hatchery.

“Others have looked at things like better biosecurity,” he said. “[This includes] putting on protective footwear, controlling vermin, reducing the biological material in the litter by having drier litter, better air control and better handling of feed and water.

“It is complicated, and it varies from farm to farm, and that’s why in some cases people are using probiotics and prebiotics. Sometimes it works and sometimes it doesn’t, so it has to be tailored, just like a vaccine program.”

One of the biggest management areas to get right in NAE systems is litter quality, Giambrone said.

“Clostridium is the major cause of NE, but there’s also Clostridium that can cause gangrenous dermatitis, and you also have E. coli in there, which can be enteric, or septicemia. A lot of those will end up causing condemnations in the processing plant.”

There are also potential issues which are significant to public health, he added, such as Salmonella and Campylobacter, which need to be considered.

“While they are silent in poultry, they may show up in contaminated carcasses and eggs, and if consumers aren’t handling them properly then you end up with food-safety problems.”

With more and more consumers choosing NAE products, these challenges are here to stay, Giambrone said, so learning ways to deal with them on the farm is critical.

“The antibiotics that were removed initially were growth promoters…but they also controlled NE…so when they were pulled the consequences were these other diseases going up.”