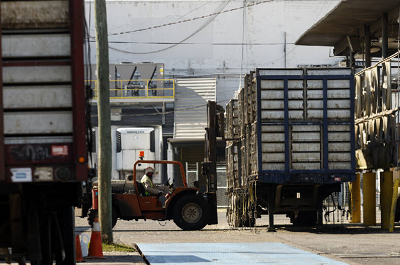 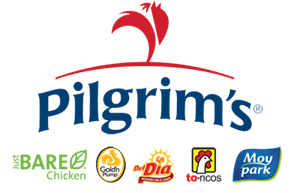 Company cited for 3 violations over 18 months

The Pilgrim’s Pride poultry plants in downtown Chattanooga last month were fined nearly $7,000 in penalties and fees for three violations over the past 18 months involving odor problems, documents show.

The penalties are the first under tougher permit guidelines enacted as more residential and commercial development goes up near the company facilities on the Southside, according to the Chattanooga-Hamilton County Air Pollution Control Bureau.

“The new permit conditions are huge,” said bureau Investigator John Schultz about the actions approved by its board last year.

At a hearing last December over the violations, Pilgrim’s Pride officials said the company has recently spent $190,000 in improvements at the company’s Broad and Market street facilities to help combat the odor problems. Also, up to $30,000 more is to be spent for added helps at the Broad Street location, the company said.

“They’re trying,” said Schultz. “Short of putting a large dome over the plant, there will be odors.”

The bureau, responding to a complaint related to the 1591 Broad St. “kill plant” last Aug. 5, said that bay doors had been left open and a fan that disperses liquid for odor control wasn’t operating. Also, an odor control mister outside near a fence wasn’t operating, it said. In addition, there was a buildup of “chicken litter” where the animals are trucked in from about 200 farms in the area, the documents said.

Also, another incident was recorded at the Broad Street plant just five days later on Aug. 10, where an odor neutralizer didn’t appear to be on, and there was a buildup of chicken litter near where the animals were staged, the documents said.

In addition, responding to a complaint on Sept. 6, 2018, concerning the “deboning plant” at 1300 Market St. near the Chattanooga Choo Choo, the bureau said the company was alleged to have failed to cover a trailer with a tarp, left a bay door open to a vending area and that a trailer loaded with product from the Broad Street facility was leaking a liquid into a storm drain.

All three of the violations were heard at the December hearing before Bureau Director Robert Colby with penalties and enforcement costs handed down last month, documents showed.

To move or not

Last week, Chattanooga developer John Wise, who owns apartment buildings and other properties in the Southside, said the debate over the poultry plants is “a double-edge sword.” While some are quick to say the company ought to move its plants, he believes the operations provide a lot of jobs.

“I don’t like to see educated people beat up on the business without being really knowledgeable,” Wise said.

Rather, he said, he’d like to see people such as Mayor Andy Berke saying that maybe the area has changed enough around the plant that it’s justified at looking at moving it.

“Start at the top with like the mayor,” Wise said, suggesting “a public-private” partnership to relocate Pilgrim’s Pride to a modern facility where it’s “a win-win for everybody.”

Last year, there was talk of a possible chicken processing plant moving to Northwest Georgia. Dade County residents were told that Wise was considering helping facilitate the move of Pilgrim’s Pride to a 300-acre farm he purchased earlier last year in the county. But Wise told the Times Free Press then that he had no plans at that time to develop anything on the property, adding that he wanted to keep it as a “gentleman’s farm” and provide quail hunts.

Knoxville developer John Murphy, whose $35 million apartment project just across 17th Street from the Broad Street poultry facility is slated to start pre-leasing soon, said he thinks the odor is less than what it was a couple of years ago.

Cameron Bruett, a Pilgrim’s Pride spokesman, said the plant strives to be “a good neighbor.”

“The Pilgrim’s Chattanooga facility has been a longstanding and humble part of the community since the 1950s,” he said, adding that it has invested “millions in odor controls, beautification and community partnerships.”

Bruett said the company employs more than 1,200 people who “are proud to call Chattanooga home and honored to produce great-tasting chicken enjoyed by local Tennesseans and American families across the country.”

The company also submitted an Odor Control Plan to the bureau in January 2019 to “minimize and eliminate odors caused by production,” it said.

“Due to encroaching residential neighbors, it is imperative we identify these problem areas and set a system in place to regulate, minimize and eliminate current and potential sources of odor,” the plan documents said.

Also last year, the Chattanooga City Council voted in favor of an ordinance limiting unwanted scents, including those coming from the Pilgrim’s Pride plants and the Koch Food chicken processing facility in another part of the Southside off Cappella Street.

Schultz, the Air Pollution Control Bureau investigator, said that most of the complaints the bureau receives is when it rains. The chickens on the trucks get wet and “it’s like a wet dog,” he said.

Schultz said the chickens from some farms aren’t kept as clean as at others, and sometimes the pallets on which the animals are brought in carry the odor. He said the company is making its farmers more aware of that situation.

Schultz added that he believes that odor emissions from the Koch plant are less than in the past due to a new system it has installed.

He said such a system was put in at a landfill in Arlington, Texas, near where the Dallas Cowboys football team plays its games. Misting piping was installed all around that facility that eliminates the odor, he said.

According to the bureau documents, Pilgrim’s Pride officials visited the Koch site last November to see its new odor control system. But the documents said Pilgrim’s Pride had no plans to purchase such a system as long as their’s “remains effective.”